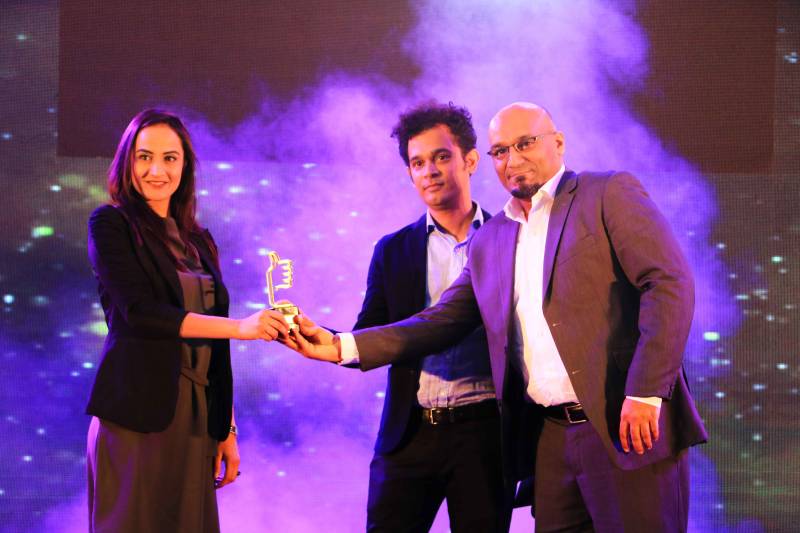 LAHORE - Cricket Gateway’s Youtube channel has been recognised as the best digital channel 2019 at the Pakistan Digi Awards 2019 .

With nearly a million subscribers in less than 40 days, the Youtube channel brought the PSL season 4 live to over 9 million viewers nationwide.

The award was received by Blitz Advertising's head of media Bilal Chughtai, and group account manager Mehvish Mumtaz in a ceremony held in Karachi.

Speaking on the success of Cricket Gateway , Blitz CEO Ahsen Idris shared: “It’s an honour for me, my team and the Blitz Group at large, for being recognised as Pakistan’s Best Digital Channel 2018-19. When we started out Cricket Gateway , we had big ambitions for the platform, and it is heartening to see that our aim and vision is now coming to fruition."

"We are aiming for more than 100 million views within the next season.

"I would also like to thank our joint venture partners ITW and the Transmedia group, YouTube, the team at Blitz and most importantly the viewers and the brands that have over the course of last 4 years have made PSL a national –and international, success story," he added.

Idris said, "we never imagined that this channel partnership would reach these heights only in the first year."

"We would like to thank all our team members, our JV partners, team Youtube and our advertisers, Jazz and ABL for their continued support.”

After two seasons and a combined viewership of over 50 million views on their website, Cricket Gateway Pakistan launched its Youtube Channel with PSL Season 4, introduced by the Blitz Group as a joint venture with Trans Media, ITW and Tech front.

During PSL season 4, Cricket Gateway garnered an overwhelming response from the audience with over 72.4 million views and a combined unique reach of over 9 million users, making it an ideal platform for brands to advertise.

To further facilitate advertisers, Cricket Gateway partnered with YouTube to become the first ever Pakistani YouTube Channel to offer customized in-stream insertions and real-time DRM (digital rights management, with over 13,500 pirate beams blocked in real time). For these reasons alone 20 of the top brands in Pakistan used it this year to promote their brand message. These included giants such as ABL, Jazz, Telenor, P&G and the DWP Group.

In addition to partnering with YouTube, Cricket Gateway also shared a unified ad-inserted beam with other platforms, namely Jazz, Goonj TV, and many others.