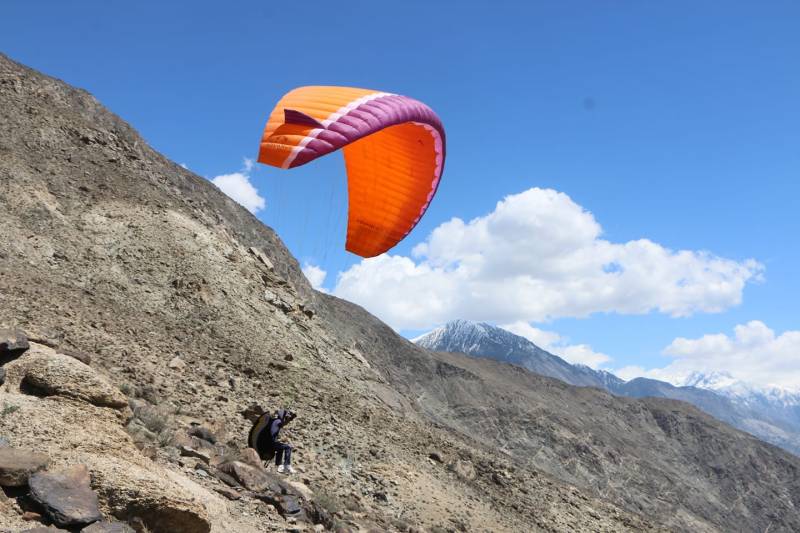 GHIZER – A search and rescue operation is under way to find a French paraglider who went missing after a jump near Gilgit-Baltistan’s Duikar village on Saturday.

The pilot of the simplest aircraft went missing soon after he took a flight from a peak around 4pm on Saturday. The Spanish paragliders however landed safely in Garnish valley.

A team consisting of rescue personnel, police and local volunteers was rushed to the site but it has yet to trace the paraglider.

The area where foreign tourists were paragliding is said to be dangerous and rescuers may face difficulty in finding the missing paraglider, officials said.

These paragliders reportedly arrived in Hunza late last month and they stayed in a local hotel.

QUETTA – A missing pilot Qazi Ajmal has been found dead in the crash of small lightweight aircraft in the Awaran ...

Pakistan’s sparsely populated region Gilgit-Baltistan is home to some of the top peaks and a major tourist destination. A large number of tourists visit the region each year for expeditions on various peaks, paragliding and other sports.