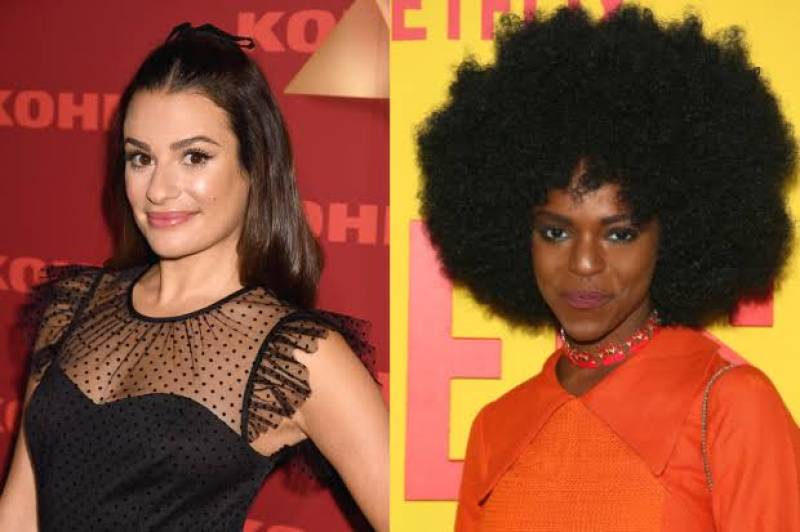 After posting a tweet regarding the Black Lives Matter movement, former Glee star Lea Michele was accused of racist and engaging in bullying behavior on set by several of her black former colleagues.

She wrote: “George Floyd did not deserve this. This was not an isolated incident and it must end. #BlackLivesMatter.”

Michele’s former co-star on the FOX musical series, Samantha Marie Ware, was quick to point out the hypocrisy in the actress’s words, writing, “LMAO REMEMBER WHEN YOU MADE MY FIRST TELEVISION GIG A LIVING HELL?!?! CAUSE ILL NEVER FORGET. I BELIEVE YOU TOLD EVERYONE THAT IF TOU HAD THE OPPORTUNITY YOU WOULD ‘SHIT IN MY WIG!’ AMONGST OTHER TRAUMATIC MICROAGRESSIONS THAT MADE ME QUESTION A CAREER IN HOLLYWOOD…"

Another former “Glee” castmate, Alex Newell, praised Ware for speaking out against Michele.

Shortly after the accusations went viral, Lea's “Scream Queens” co-star Ariana Grande, alongside her Glee co-star Keke Palmer unfollowed Lea on Instagram, indicating that the accusations hurled at the actress are right.

Lea Michele has now issued an apology on Instagram for her behaviour.

She claims she has “never judged others by their background or color of their skin.”

“I apologize for my behavior and for any pain which I have caused. We all can grow and change and I have definitely used these past several months to reflect my own shortcomings,” wrote Lea.