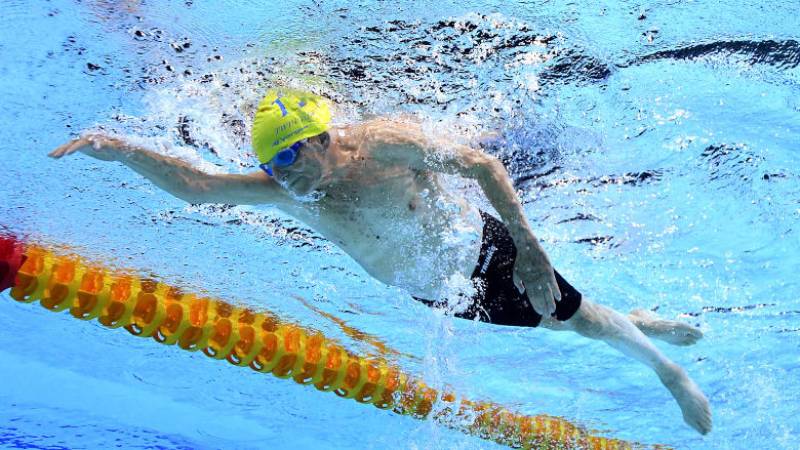 SYDNEY - An Australian man, who will celebrate his 100th birthday next month, has just smashed a world record at the Commonwealth Games trials.

Brisbane swimmer George Corones, 99, was the only competitor in the 100 to 104 years men's masters category and set a time of 56.12 seconds for one length of the Gold Coast Aquatic Centre pool, which will host the swimming at the April 4-15 Games. 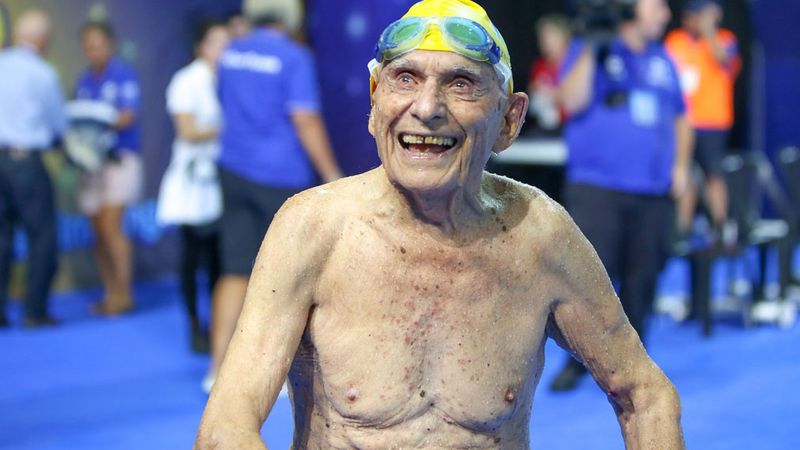 The Albany Creek retiree, who turns 100 in April, completed the 50m freestyle in an epic 56.12 seconds at the Gold Coast Aquatic Centre on Wednesday night, according to The Sydney Morning Herald.

Corones swam alone in race, with the crowd erupting as he demolished the previous record for the 100-104 age group by almost 40 seconds.

He celebrates his 100th birthday next month, and only started swimming at the age of 80, but George Corones is now a world record holder in the pool. #7News pic.twitter.com/AJXtlqnc5j

The 99-year-old’s son Harry Corones said his inspirational father swims and goes to the gym three days a week, lives alone, logs onto his computer to check the stock market each day and still manages to drive himself around. 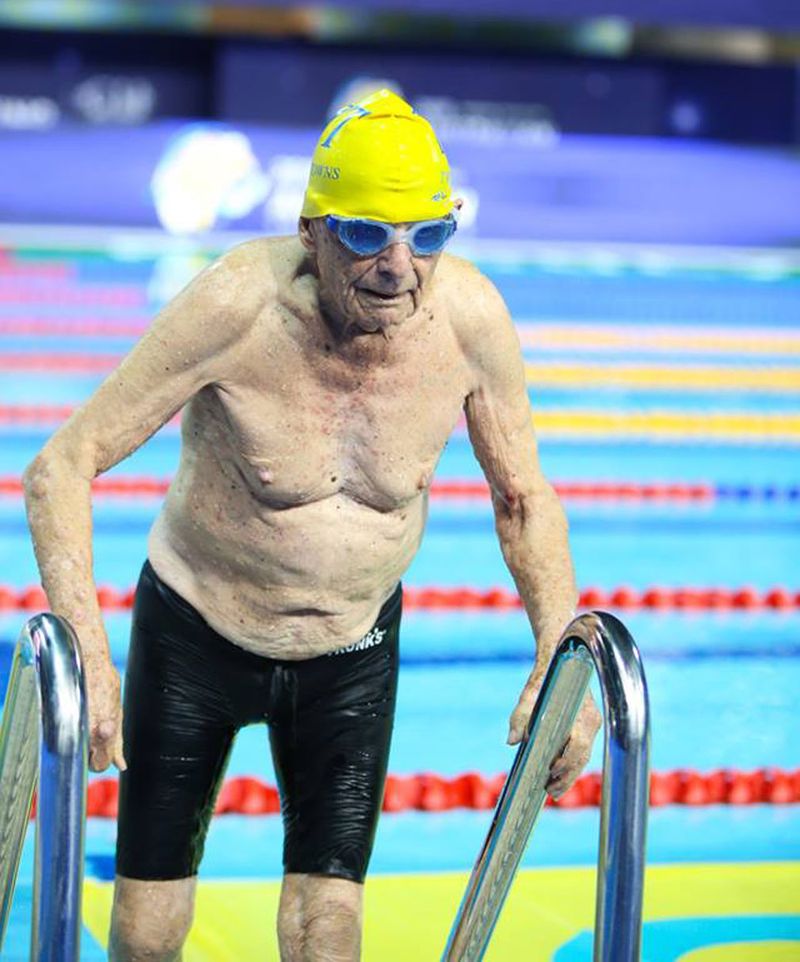 “He’s jumping out of his skin at the moment because he’s been training so well,” Mr Corones told 9NEWS.

“His philosophy is you’ve got to keep moving.” 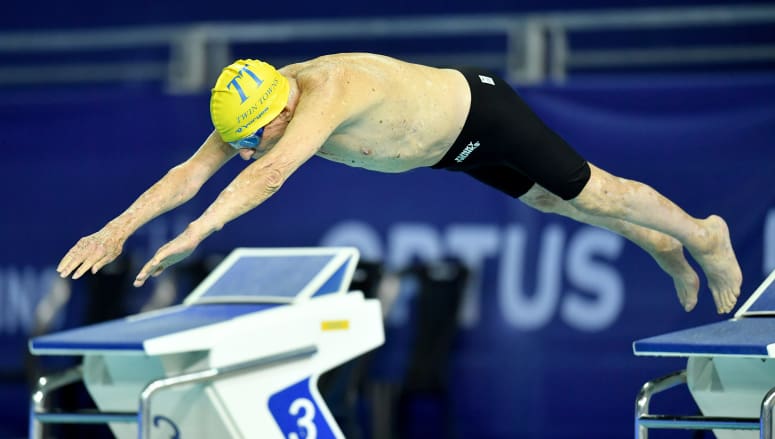 Corones has no plans to slow down just yet, now plotting to smash the world records in the 100m freestyle and breaststroke.

“It would be wrong to stop now,” Corones said.