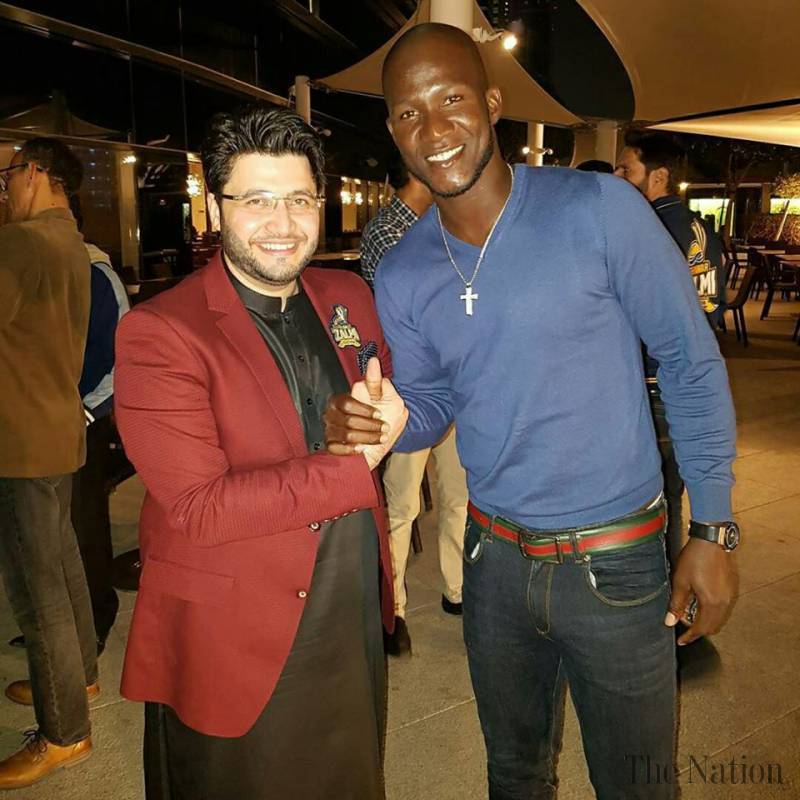 SHARJAH - The Chairman of Peshawar Zalmi , Javed Afridi, awarded a special win bonus of US$10,000 to Zalmi captain Daren Sammy for his heroic and match-winning performance against Quetta Gladiators in a match of the Pakistan Super League (PSL) in Sharjah.

In a kind gesture, Sammy donated the amount to his foundation, said the information made available here on Saturday.

A single-legged hopping Sammy gave the performance of his life against the Gladiators and won his team an unforgettable game.

I am pleased to announce a USD 10,000 donation to the Daren Sammy Foundation from @pzfoundation. Our skipper is working for a very generous cause and we will do everything to help him. More power to you, @darensammy88. pic.twitter.com/XdCFMQoqHR

The daring knock earned him laurels not only from fans around the world, but also franchise Chairman Javaid Afridi who was all praise for his skipper’s performance.

“I haven’t seen a better performance than this, his was injured but his team needed him. He still came out and won an unbelievable game.

His innings is an example for the youth of today. No doubt he is the biggest star of PSL and I hope he will be fit again and give similar performances in the remaining games,” said Javed Afridi.

As a small token of appreciation, Afridi awarded Sammy $10,000 as prize money from Peshawar Zalmi Foundation.

The twice T-20 World Cup winner thanked the Chairman for his kindness and awarded the amount to his own foundation.