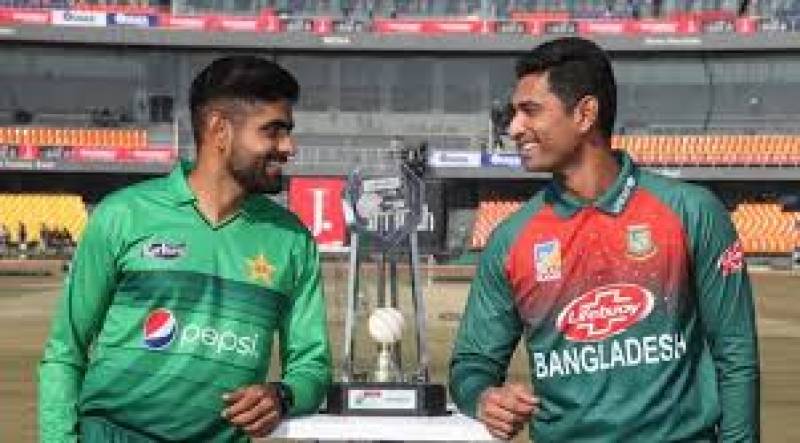 Pakistan and Bangladesh both have a long cricket history, as the two national teams had a lot of success in this sport over the years. They are now engaged in a multi-format series and we were able to witness three T20Is wrap up.

The next in line are two Test games and one-off ODI. In fact, one Test has already been wrapped up in Pakistan. It turns out this was a significant game as it was the first time that the cricket team from Bangladesh returned for a Test match since 2003.

The first part of the multi-format series — T20Is — that took place at Gaddafi Stadium on January 24 saw Pakistan take the first victory with them. Pakistan won by five wickets with three balls left and the final score was 141/5 (20) for Bangladesh and 142/5 (19.3) for Pakistan. Shoaib Malik had an outstanding performance with 0/6 (1) & 58* (45). Needless to say, he won the Player of the Match title for the game.

Just one day after the first game, the next Bangladesh vs Pakistan cricket match also took place at Gaddafi Stadium as part of T20. Pakistan, once again, proved a better opponent, winning by nine wickets with 20 balls left. That way, the team managed to secure a 2-0 win, with Babr Azam being the player of the match with 66* (44). The final score of the game was 136/6 (20) for Bangladesh and 137/1 (16.4) for Pakistan.

The third game was abandoned. There was rain all day long and it was decided that the game should not take place. There was hope at one point that the storm would go away, as it had stopped for some 30 minutes, but it came back even stronger after that.

Therefore, the match wasn’t meant to happen, meaning Bangladesh had to pick up their things and return to their country where they had to play against Zimbabwe, only to return to Pakistan after that.

Tests — One Down, One to Go

The first Tests match took place on February 7 and Pakistan once again proved that they are a better team than Bangladesh overall, achieving the 1-0 lead. Pakistan won on the home court by an innings and 44 runs. Naseem Shah from Pakistan was the player of the match, having achieved 1/61 & 2 & 4/26. The match took place at Rawalpindi Cricket Stadium.

As previously mentioned, something was different about this match — it was the first Test game between the two countries in Pakistan since 2003. There were a lot of security issues due to which Pakistan failed to become a host for this type of game, but it seems that the country is improving in that aspect. Back in 2003, Bangladesh lost 3-0 to Pakistan in Tests.

The next Test game will take place on April 5-9 when Bangladesh needs to do its best to at least take one victory in the entire series of games against Pakistan. But before the second Test takes place, the two teams will play a one-off ODI.

One-Off ODI — What Do We Know so Far?

In a bizarre schedule, the two teams will not actually play two Test games one after another. Instead, there will be one ODI match between the two-Test dates. The ODI will take place on March 4 at the National Stadium of Karachi. That will be yet another chance for Bangladesh to prove that they can beat the national team of Pakistan in cricket in an away game.

Both Bangladesh and Pakistan live for the game of cricket and they have had a long history of duels. Although Pakistan seems to be doing better at the moment, there has always been intense rivalry between the two teams. Nevertheless, it’s their mutual love for cricket that makes them friends rather than enemies in the end, at least in sports.

Sure, the two countries have had their fair share of disagreement in history that seems to have impacted the world of sports. However, the fact that the national team of Bangladesh is playing Tests in Pakistan is a huge step forward that shows that Pakistan is safe for other teams to come, including Bangladesh.