Hindu yatris 'forced by Indian agencies to give anti-Pakistan statements' 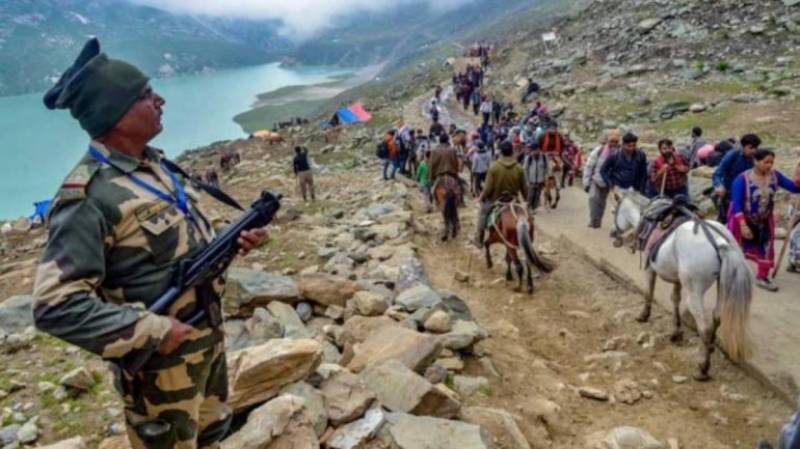 MATIARI – A local leader of Hindu community says that 50 people of his community who went to Inda to visit holy places a month ago were made hostages there and were forced to give anti-Pakistan statements.

Lakhi Mal, addressing a press conference at Hyderabad Press Club on Monday, disclosed that the Indian government in a bid to malign Pakistan had pressurized the pilgrims hailing from Bhaagri community to give statements against Pakistan and seek Indian citizenship.

"Our people were kept hostages in India. They were forced to issue statements that they were oppressed in Pakistan," Mal said.

He added that they had given statements due to Indian government pressure during their visit and added that Hindus and other minorities were living a peaceful life and enjoying all the rights in Pakistan.

Fifty of Mal’s community members including men, women and children went to the neighbouring country on February 3 to pay a visit to the holy places. However, days after their arrival, they made a case for obtaining the Indian citizenship by alleging that in Pakistan they were subjected to religious persecution. They had also alleged that Hindus were forced to convert to Islam in Pakistan.