Malik laud crowd for turning up in numbers to stadiums 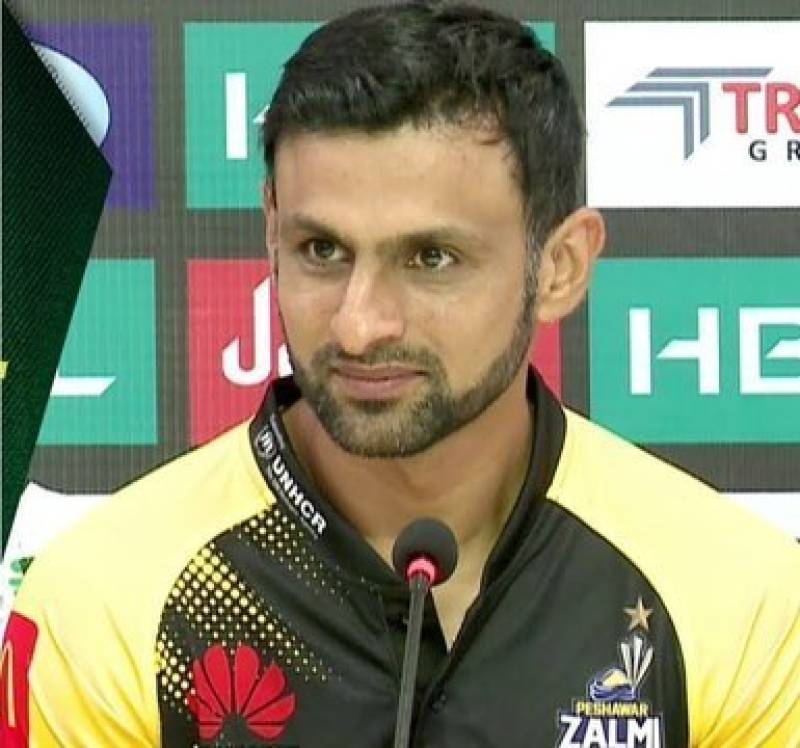 ISLAMABAD - Peshawar Zalmi batsman Shoaib Malik has lauded the crowd for showing up to the stadiums in numbers, for the HBL Pakistan Super League (PSL) 2020 matches, saying it was sending a very good message to the whole world that Pakistan was a safe and sports-loving nation.

“Even though the people face a bit difficulty in coming to the stadiums but they have been turning up in masses to the venues which are sending a very good message to the whole world. It shows that the Pakistani nation loves the visiting foreign players in PSL.

The overseas players are also praising Pakistan and we are heading in the right direction,” he said at the post-match conference at Pindi Stadium Rawalpindi.

Speaking about the match, Malik said we must have scored 180 plus runs on the Pindi pitches but we lost early wickets.

“When you lose early wickets then scoring a 150 total even looks difficult. However, Mohammad Amir bowled very well and the whole Karachi Kings bowling attack was good,” he said.