26,000 athletes taking part in Pakistan's biggest ever KP U21 Games 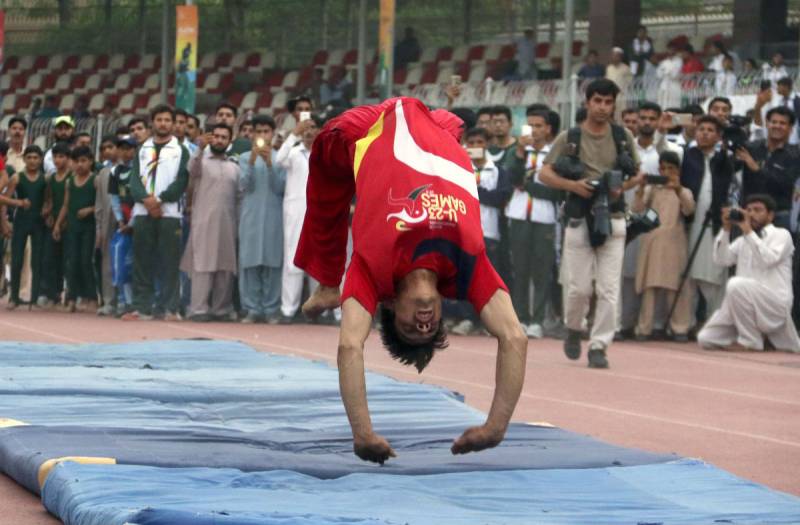 PESHAWAR – Prime Minister Imran Khan will inaugurate the Pakistan biggest ever KP U21 Games involving 26,000 athletes in 32 male and 27 female disciplines this Sunday in Peshawar at Qayyum Sports Complex.

Director General Sports Asfandyar Khan Khattak told the media that preparations have been in final stages and the players would be arriving on March 6, the games would start on March 7 while Prime Minister is expected to open the Games on March 8, 2020.

He said through holding of these Games first at Tehsil level and now Inter-District and Inter-Regional levels would give a message of peace to the rest of the world. He said the govt is committed to involve maximum number of youth in healthy sports activities.

He said earlier the Games was held with the name of U23 but to search out talent at grassroots level and to provide ample opportunities to the neglected distrusts players from 127 Tehsils took part in the Games in the first phase, followed by Inter-District and Inter-Regional phases. He said it a clear indication that peace had returned to Khyber Pakhtunkhwa and the government would take all necessary steps for its sustainability.

He disclosed that the provincial round of Inter-District Games would commence on March 6 and continue till March 10.

The games include volleyball, athletics, tug of war, football, kabaddi, badminton, squash, snooker, etc where a total of 2,940 players from different districts of the province will participate.

Asfandyar Khan Khattak said that a total of 1,743 players, including 749 women, would participate in Inter-Regional Games. They stated that inter-district and inter-regional competitions would be held in Peshawar for which arrangements had been completed.

This second round of U21 Games included hockey, table tennis, judo karate, taekwondo, wrestling, volleyball, athletics and other competitions.

The second round will be held from April 15 to 18 where a total of 6,825 players would participate in the competitions. He said, the open trials of players for the second round would be completed between April 2 and 10.