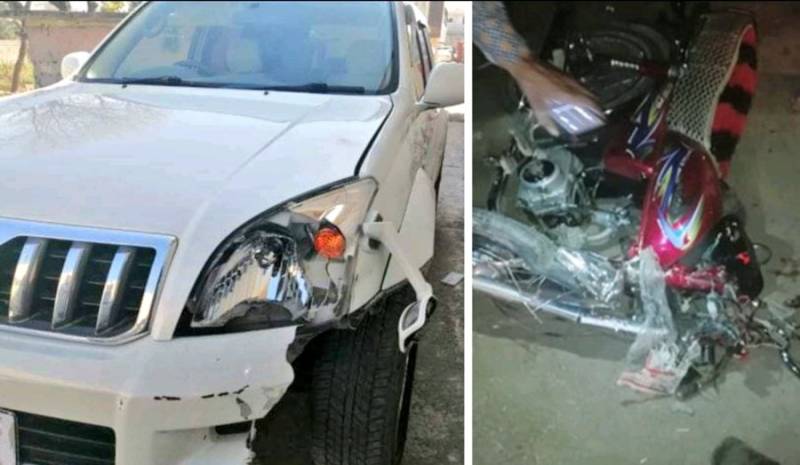 ISLAMABAD – A motorcyclist has been crushed to death in the federal capital in a traffic mishap, involving a Saudi diplomat vehicle.

The accident occurred in the F-10 area of Islamabad yesterday. The body of the deceased identified as Muhammad Irfan, who was a furniture crafter by profession, was shifted to the Pakistan Institute of Medical Sciences (PIMS) Hospital.

The area lies in the Shalimar police station’s jurisdiction while the station house officer confirmed that the driver was taken into custody after the incident and the vehicle was impounded.

ISLAMABAD – At least four people crushed to death in a tragic accident at G-11 signal on Srinagar Highway in the ...