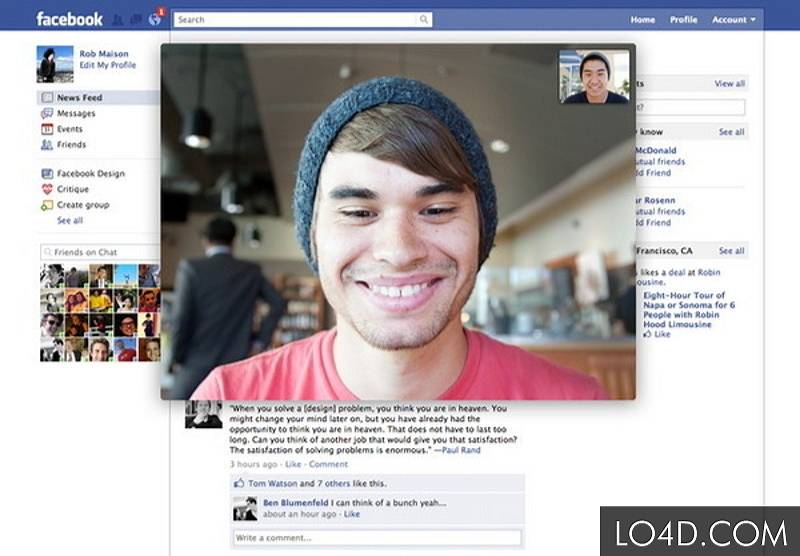 The move comes just weeks after its in-house and the most popular messenger platform WhatsApp rolled out its free voice call feature.

The move also raises questions if the latter would soon follow with its own video calls.

Last Tuesday, Facebook said it is rolling out the video call feature on both the Android and iOS versions.

The feature allows users to start a video call from any conversation with s single tap.

“If you’re messaging with someone and realise that words just aren’t enough, you can simply choose the video icon in the top right corner of the screen and start a video call right from within an existing Messenger conversation,” said a blog post by Stan Chudnovsky, Head of Product for Messenger and Param Reddy, Engineering Manager at Facebook.

“Messenger already offers people the ability to make voice calls to friends and loved ones around the world.

"Video calling will expand Messenger’s real-time communication features, enabling the more than 600 million people who use Messenger every month to reach others wherever they are, from anywhere. It’s fast, reliable and high quality,” the blog post notes.

However, the feature is currently available only in select countries. The worldwide roll out it said will follow in the coming months.

The feature will be rolling out to other regions and locales over the coming months.

It was the Facebook messenger which first introduced VOiP features into its messenger in April 2014 and WhatsApp followed suit this year when feature started rolling out in various markets by the beginning of March. WhatsApp currently only offers video messaging facility.

Facebook Messenger has about 600 million users while WhatsApp has about 800 million and the number is fast growing.

Meanwhile, Facebook CEO Mark Zuckerberg has been quoted as saying that almost 10 per cent of all VOIP calls globally is made using Facebook Messenger.

Facebook also announced that it would soon roll out a new feature called Businesses on Messenger which would enhance communications and interactions between people and businesses.

The feature will allow ordinary users to interact with businesses facilitating after sales and customer care support.

“Once there, people will be able to receive relevant messages from the business including order confirmations and shipping status updates, and will be able to take basic actions like modifying, tracking or returning an order. People will also have the option to ask a business questions, make requests and get quick responses.

"This whole set of interactions and features are unified in a single, ongoing thread between the person and the business,” Facebook had said when it revealed the feature during the recent F8 summit.