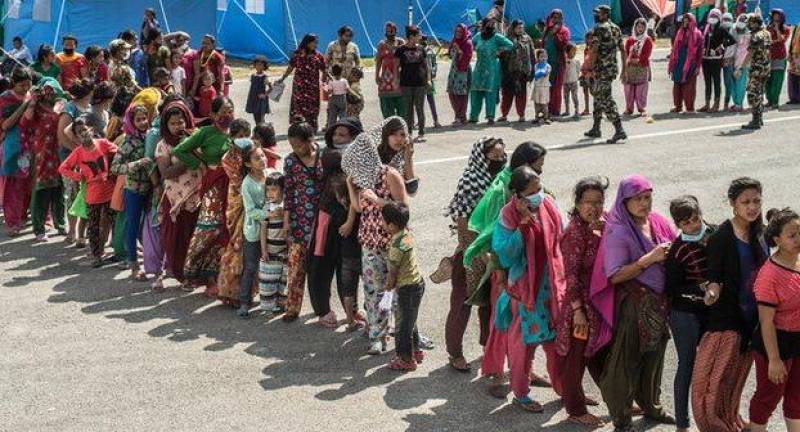 KATMANDU (Web Desk) - The official death toll from the earthquake that ravaged Nepal a week ago climbed past 7,000 on Sunday, as search-and-rescue teams reached further into remote parts of the Himalayan country. 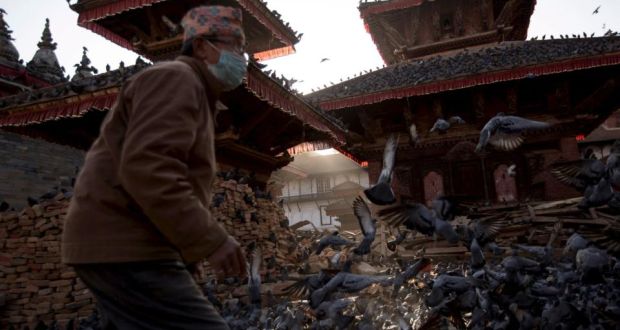 A 45-year-old woman, Maya Bista, was pulled alive from the rubble Saturday in a town northeast of the capital, Katmandu, Mr Bam said.

“We are continuing our search-and-rescue operations,” Mr Bam said Saturday. ”There are still chances that there are survivors buried in the rubble,” he said. “We need to reach them fast as time is running out.”

Across the country, helicopters rescued 70 people stranded in remote areas of the country and carried out the remains of 48 others, police said. 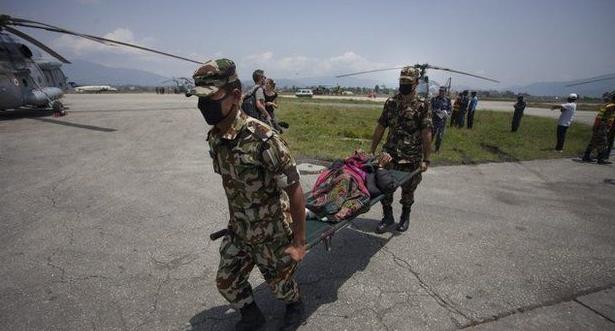 The government and international disaster-relief teams worked to get aid to distant mountain villages.

In Gorkha district, near the epicenter of the 7.8-magnitude quake, aid workers were focused on providing tarps and blankets for makeshift shelters and warm clothes to people forced to sleep outdoors.

In some cases, aid was being delivered on donkeys because of poor roads and a shortage of helicopters, said Caroline Anning of Save the Children’s emergency-response team.

The World Health Organization said it has already distributed enough medical supplies to treat 120,000 people for three months, and additional supplies are due to arrive this weekend.

The United Nations has urged Nepal to relax customs controls which it says are holding up deliveries of aid to survivors of last week's earthquake. 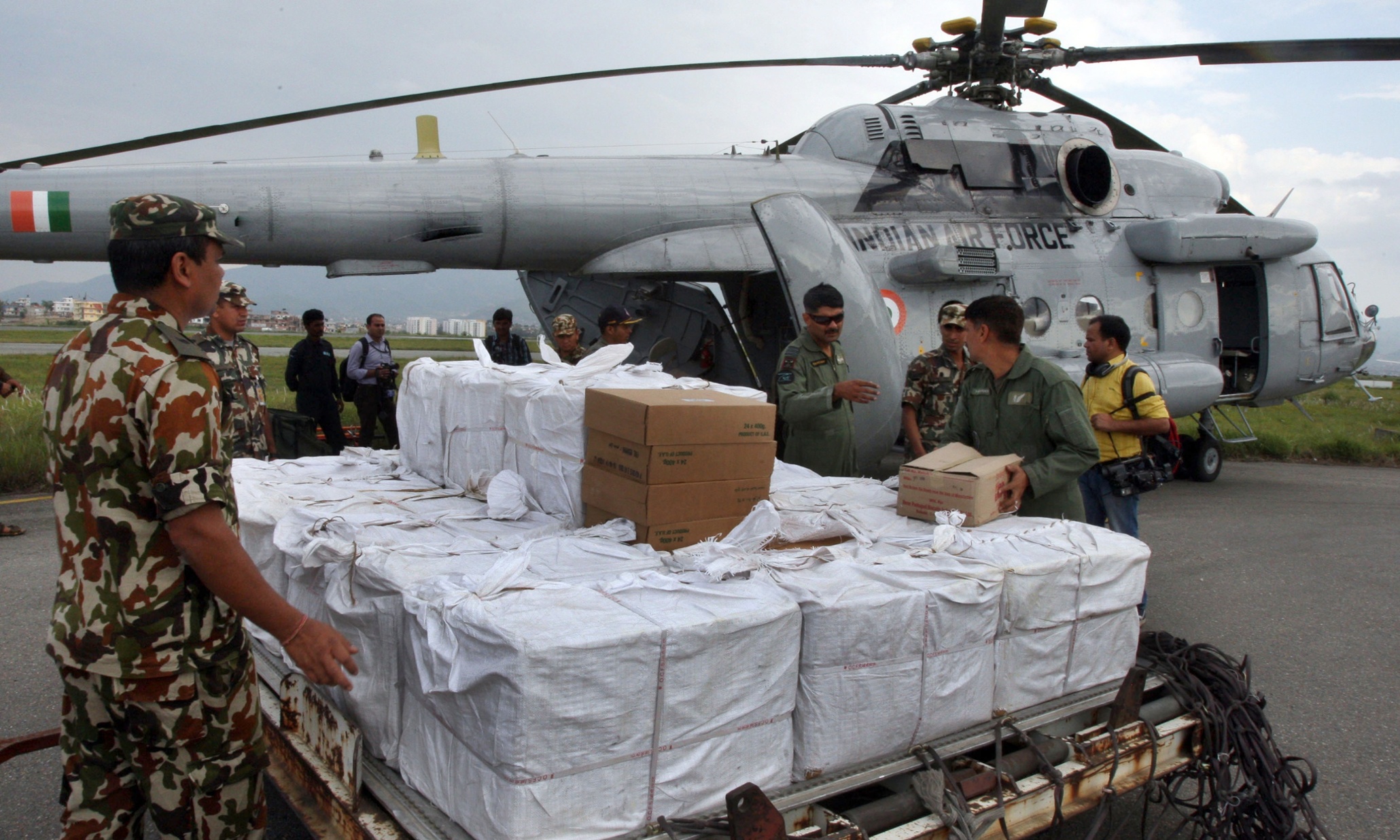 On Saturday, Baroness Amos said she had reminded Prime Minister Sushil Koirala that Nepal had signed an agreement with the UN in 2007 for simpler and faster customs clearance for relief aid in a disaster.

"He has undertaken to ensure that happens, so I hope that from now we will see an improvement in those administrative issues," she told a French news agency.

The UN representative in the country, Jamie McGoldrick, said the Nepalese government "should not be using peacetime customs methodology". 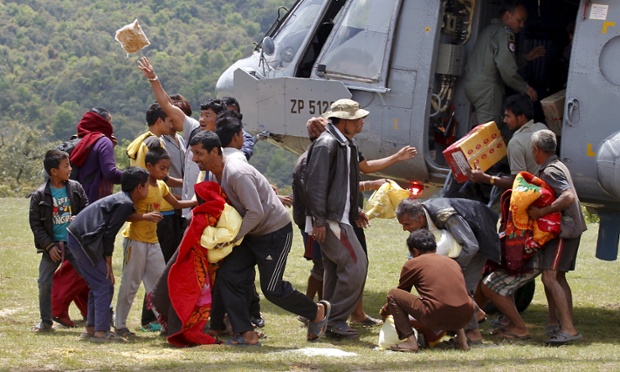 Nepal lifted import taxes on tarpaulins and tents on Friday but home ministry spokesman Laxmi Prasad Dhakal said all goods arriving from abroad had to be inspected.

"This is something we need to do," he said.

Rameshwor Dangal, of Nepal's National Disaster Management Division, said many people were waiting to receive emergency supplies or be airlifted to safety.

"In many areas people are not getting relief and it is natural that they are unhappy about it," he told AFP. 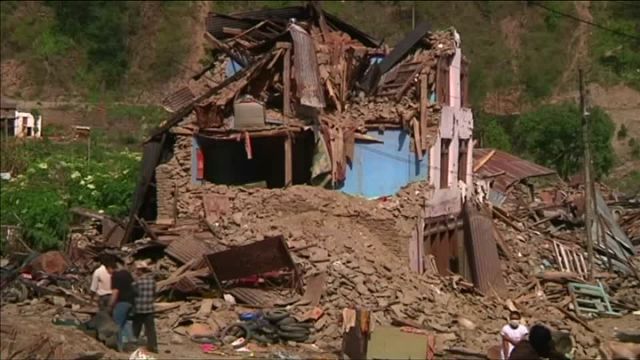 Landslides and poor weather have hampered efforts to deliver aid to isolated districts, and there are only about 20 helicopters available for the rescue and relief operations.

In the Sindhupalchok district, which lies north of Kathmandu, north of the capital, 95% of the houses were destroyed, chief district officer Himnath Dawadi told the BBC Nepali.

Nepal has criticised both the speed of foreign aid deliveries the type of products countries are sending.

Finance Minister Ram Sharan Mahat said: "We have received things like tuna fish and mayonnaise. What good are those things for us? We need grains, salt and sugar."

Krishna Devi Sreshta is carefully picking her way through the rubble of what was her home. It's one of about 25 houses in Sankhu, just an hour's drive from Kathmandu, that was completely destroyed by the earthquake.

She's here to see if she can salvage anything. "We were in the field when the earthquake hit," she says. "That's why we were saved."

Not everyone was so lucky. About 50 members of this community died. She points to the clothes that she's wearing. "This is what I was wearing last Saturday. It's all I have left."

Through a narrow doorway I can see the inside of her house, but it's too dangerous to go in. Everything has been removed from the house. "That was my fridge," Krishna says, pointing at some twisted remains outside. "And over there my television."

A group of volunteers arrive with shovels and spades and walk past. They are here to help. No-one else is. 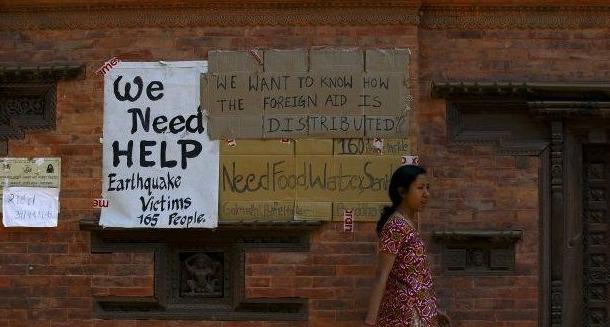 The fate of thousands of people in remote areas remains unknown.

The death toll could go up, as search and rescue efforts continuing in several hill districts including Dhading, Rasuwa and Sindhupalchok, the government has said.

While the vast majority of casualties were in Nepal, about 100 people are reported to have died in neighbouring India, China and Bangladesh.

The EU envoy to Nepal, Rensje Teerink, said on Friday that the whereabouts of 1,000 EU citizens was still unknown. 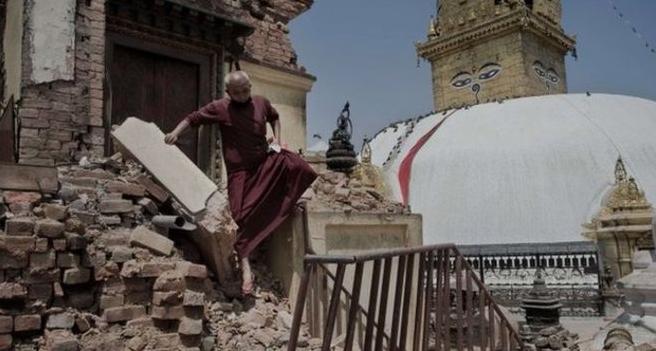