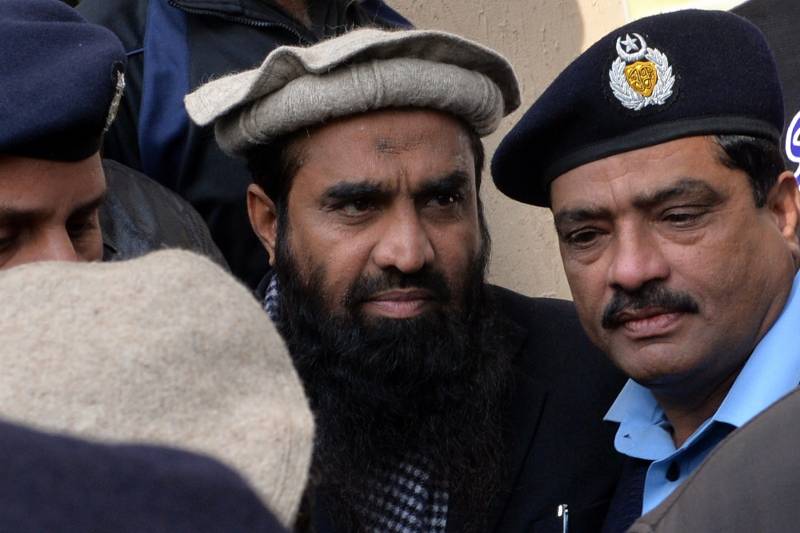 UNITED NATIONS (Web Desk/Agencies) – The United Nations has assured India it will take up the issue of Mumbai terrorist attacks mastermind Zakiur Rehman Lakhvi at its next meeting, after India expressed concern that the LeT commander’s release from a Pakistani jail violates the provisions of the world body.

According to a report by The Hindu, India’s Ambassador to the UN Asoke Mukerji had written a letter to the Chair of the UNSC al-Qaeda Sanctions Committee Ambassador Jim McLay expressing concern over Lakhvi’s release and said it violates the provisions of the committee concerning al-Qaeda and associated individuals and entities.

India also pointed out that as a listed terrorist, Lakhvi can neither receive nor give money since all his assets and financial resources have to be frozen. Any bail money posted for Lakhvi is also a violation of the provisions of the sanctions committee since he is listed terrorist.

Acknowledging India’s concerns, Mr McLay has responded to India’s letter and assured that the matter will be discussed at the next meeting of the committee, sources told an Indan news agency.

The next meeting of the committee is expected to take place in the next few days.

The committee had listed in December 2008 Lakhvi as a terrorist associated with LeT and al-Qaeda for “participating in the financing, planning, facilitating, preparing or perpetrating of acts of activities by, in conjunction with, under the name of, on behalf or in support of” both entities.

As a listed terrorist, Lakhvi is subject to assets freeze, travel ban and an arms embargo.

The committee said that as chief of operations and military commander of LeT, Lakhvi has directed its operations, including in Iraq and South-East Asia.

The release of Lakhvi had also raised concerns in the US, UK, Russia, France and Germany with Washington calling for him to be rearrested.

Lakhvi, 55, a close relative of LeT founder and Jamaat-ud Dawa (JuD) chief Hafiz Saeed, was arrested in December 2008 and was indicted along with the six others on November 25, 2009 in connection with the 26/11 attack case.

The trial has been underway since 2009.

A Pakistani court had on April 9 set free Lakhvi, a move which India said “eroded” the value of assurances repeatedly conveyed to it by Pakistan on cross-border terrorism.