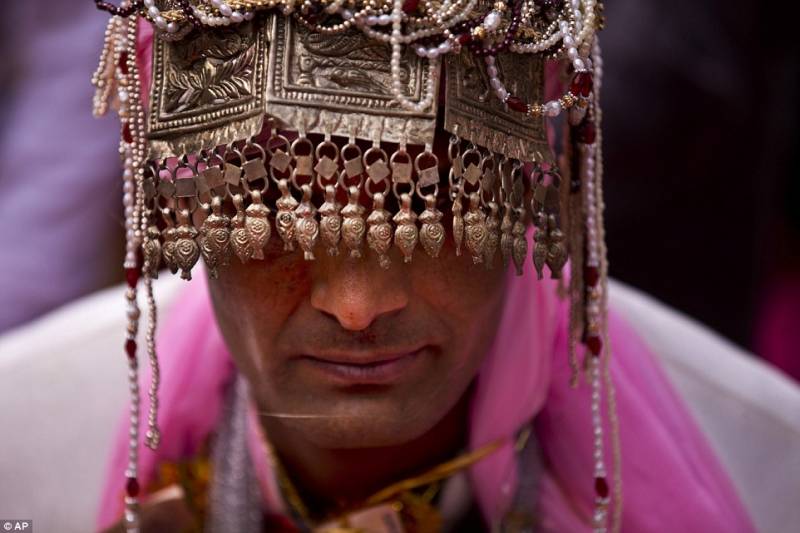 ALLAHABAD (Web Desk) - Changing the groom at the last minute cost dear to a groom's side in Pratapgarh district when villagers kept the 'baarat' (marriage party) hostage for an entire night. The 'would be' bride spotted the 'wrong' 'dulha' (groom) and refused to marry him.

Reports said marriage of one Brijlal's son Tulsiram was fixed with Rekha, daughter of Bachau of Bhusu ka Inara village under Kunda Kotwali in Pratapgrah. On the fixed date of marriage, the barat arrived at the village and the ceremony started amidst rituals.

The twist came when the bride spotted that the youth sitting as groom is not Tulsi, whom she had seen while the marriage was being fixed by the elders.

She immediately informed her mother that the youth sitting in 'dwar-char' (ceremony welcoming the groom and associates) is someone else and not Tulsi.

When the villagers came to know about the cheating, they not only stopped the marriage ceremony, but also held the marriage party hostage for the entire night.

Though talks were held, no consensus was found.

By dawn, police were informed and sub-inspector Chandrashekhar along with constables arrived at the village and tried to pacify the agitated family and villagers. After prolong efforts, the marriage party had to return empty-handed.