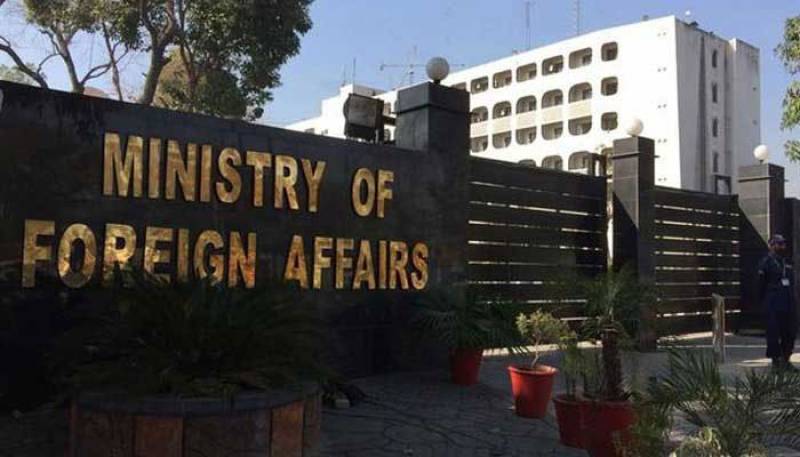 ISLAMABAD - Pakistan has categorically rejected the baseless Indian allegations of so-called infiltration attempts and preposterous claims of targeting of fictional launch pads along the Line of Control (LoC).

In a press release issued Saturday, Foreign Office Spokesperson pointed out that regurgitation of these allegations and spurious claims by India are aimed at diverting the world's attention from India's state-sponsored terrorism and grave human rights violations in Indian occupied Jammu and Kashmir (IOJ&K).

It said India seeks to use these allegations as a pretext for launching false flag operation and deliberately targeting of innocent civilians along the Line of Control.  To expose the Indian falsehoods to the world, Pakistan has taken neutral observers, journalists, human rights organizations and Islamabad based diplomats to the LoC on several occasions in the past.

The spokesperson expressed the confidence that Pakistan's policy and approach is clear as it does not allow use of its soil for any activity against anyone.  In this backdrop, Pakistan formally offers the United Nations to approach India for obtaining information of alleged "launch pads" and share the same with United Nations Military Observer Group in India and Pakistan, which will be welcomed to move into any area without sharing specifics with the Pakistan government to validate Indian claims.

The spokesperson expressed hope that India will act responsibly, cut down on its belligerent rhetoric and aggressive measures on the ground, stop its ceasefire violations and deliberate targeting of civilian population, and enable the UNMOGIP to play its mandated role effectively, which is imperative for peace and stability in South Asia.