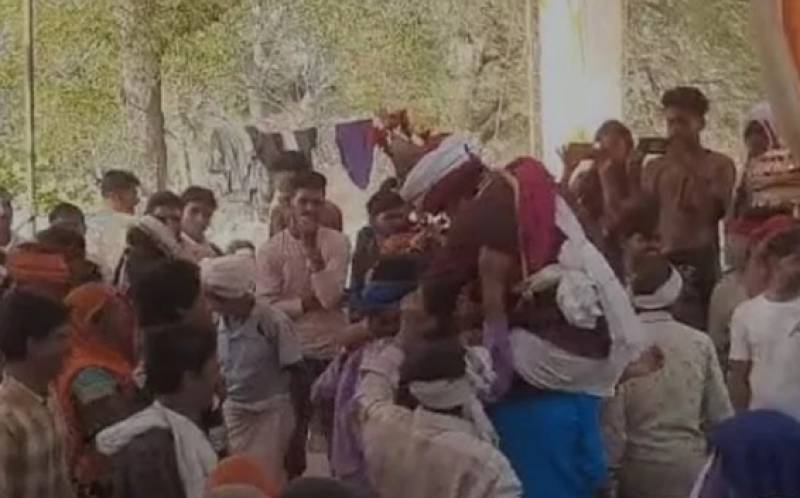 MUMBAI – An Indian man married three women at the same time during a ceremony in a village of Madhay Pardesh.

According to NDTV, all the three women were previously his live-in partners and he had six children with them.

He told media that his first live-in relation started in 2003, adding that the other two partners had been living with him for the past 15 years.

As per tribal customs, Maurya married and the rituals continued for three days.