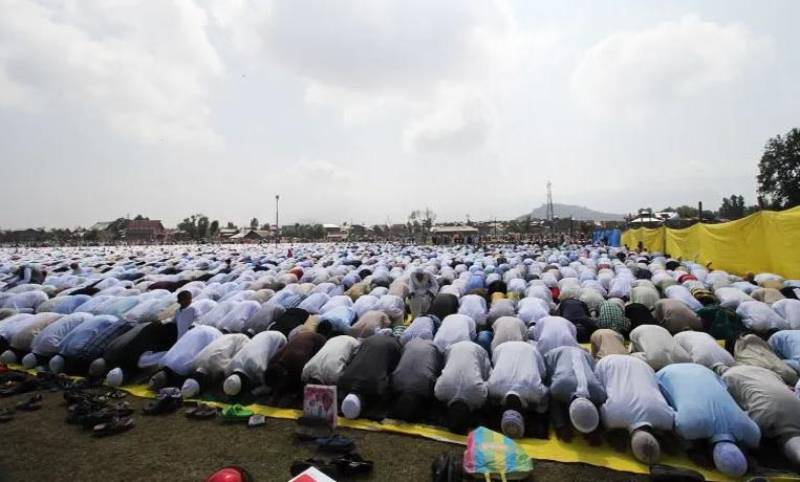 SRINAGAR – Muslims in Indian occupied Kashmir marked Eidul-Fitr today along with their Pakistani brethren amid anti-Muslim sentiment and attacks in the disputed territory.

The Kashmir Media Service reports that distressed Kashmiris celebrated Muslim festival with religious enthusiasm with the renewal of the resolve to continue acting upon and upholding the Islamic teachings.

Kashmiris also renewed the pledge to continue the liberation struggle despite the advancement of state terrorism and violence perpetrated by the Indian army against innocent civilians.

The festivities came this year in the backdrop of a series of attacks against Muslims during the holy month of Ramadan.

Kashmiri Muslims are being targeted from vilification by Hindutva-inspired leaders who espoused an anti-Muslim stance. In recent times, the Indian ruling Bharatiya Janata Party has also supported the violence, while Narendra Modi remained silent on the issue that garnered international attention.

Eid celebrations were subdued for the past three years amid heavy military lockdowns after the Modi-led administration stripped the special status of the Muslim-majority disputed region in 2019.