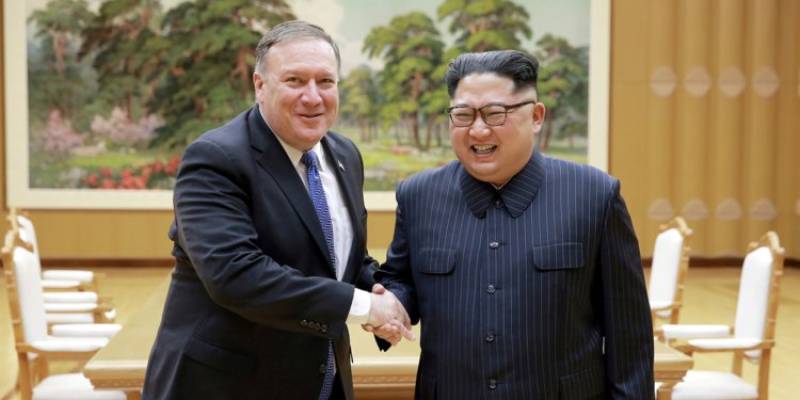 PYONGYANG - US Secretary of State Mike Pompeo will pay a fresh visit to North Korea on Sunday and meet leader Kim Jong Un as the administration's hopes rise of a denuclearization deal, the State Department said.

The rare advance announcement of a meeting with the young strongman came hours after North Korea raised the stakes in negotiations, saying it would not give up its nuclear weapons in exchange for a peace treaty.

Pompeo, who is trying to arrange a second summit between Kim and US President Donald Trump, will also head to US allies Japan and South Korea, as well as North Korea's chief ally China with which the United States is engaged in escalating trade and diplomatic disputes.

It will be the fourth trip by Pompeo to longtime US pariah North Korea as the Trump administration looks to end its nuclear and ballistic missile programs.

Foreign Minister Shah Mahmood Qureshi held a meeting with the US Secretary of State Mike Pompeo in Washington Read...

"I think it shows forward progress and momentum that the secretary is making his fourth trip in less than a year," State Department spokeswoman Heather Nauert told reporters.

"Everyone recognizes that we have a ways to go and a lot of work that is left to be done," she said.

"But obviously these conversations are going in the right direction and we feel confident enough to hop on a plane to head there to continue the conversations."

Pompeo has already met twice with Kim, including once when he headed the CIA. But Pompeo did not meet Kim on his last visit in July, when the North Korean leader instead was photographed touring a potato farm.

Another visit by Pompeo was announced in August but was abruptly canceled by Trump.