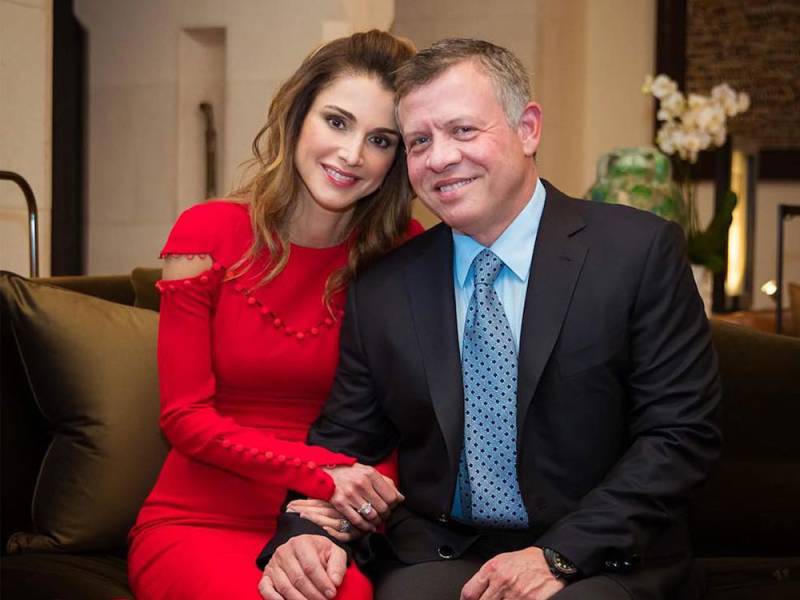 At least 35 world leaders are among those who own offshore companies, according to Pandora Papers.

The International Consortium of Investigative Journalists or ICIJ on Sunday released 11.9 million leaked documents to expose the “financial secrecy” of the world leaders and others in the biggest ever leak so far.

More than 700 Pakistanis and several world leaders have been named in the new leaked documents, which are expected to outdo the 2016 Panama Papers and 2010 WikiLeaks of US diplomatic cables.

This massive reporting effort brought together more than 600 journalists from 150 media outlets in 117 countries across the globe, including Pakistan.

The world leaders who have been named in the new leaked documents are:

The King of Jordan secretly spent more than £70m ($100m) on a property empire in the UK and US, BBC quoted Pandora Papers as saying. Leaked financial documents identify a network of secretly-owned firms used by Abdullah II bin Al-Hussein to buy 15 homes since he assumed power in 1999. They included houses in Malibu, and in London and Ascot in the UK.

Lawyers for King Abdullah said he used his personal wealth to buy the homes and there was nothing improper about him using offshore firms to do so.

Jordan receives substantial international aid, including from the US and UK. The UK government is one of the regime's biggest financial backers, doubling its funding to £650m over five years in 2019.

And King Abdullah is seen as a moderate Western ally in the Middle East.

But his property interests have been built up between 2003 and 2017 as he has been accused of presiding over an authoritarian regime at home - with protests taking place in recent years at a time of austerity measures and tax rises.

Tony and Cherie Blair did not have to pay £312,000 in stamp duty when buying a £6.45m London townhouse, BBC cited leaked documents as saying.

The ex-Labour prime minister and his barrister wife bought the property as an office for her business in 2017 by buying the offshore firm that owned it.

Mrs Blair said the sellers had insisted the building was sold in this way but they had brought it under UK control.

She said they would be liable to pay capital gains tax if they sell it.

When the property was put up for sale, the ultimate owners were a family with political connections in Bahrain - but both parties say they did not initially know who they were dealing with.

Mrs Blair said her husband's only involvement in the transaction was that the mortgage for the property used their joint income and capital.

The revelation is contained in the Pandora Papers, a leak detailing the work of companies offering offshore financial services in the British Virgin Islands, Singapore, Panama, Belize, Switzerland and other countries.

BBC Panorama in a joint investigation with the Guardian and other media partners have had access to nearly 12 million documents and files.

Kenyan President Uhuru Kenyatta and his family have transferred more than $30 million to offshore companies, according to a Pandora papers leak, published by International Consortium of Investigative Journalists (ICIJ).

"The leaked records listed Kenyatta and his mother as beneficiaries of a secretive foundation in Panama. Other family members, including his brother and two sisters, own five offshore companies with assets worth more than $30 million, the records show," the ICIJ said in a statement on Sunday.

Ukrainian President Volodymyr Zelenskyy has allegedly used offshore schemes so that his family could receive profits from their undeclared businesses overseas, the Organized Crime and Corruption Reporting Project (OCCRP) said on Sunday, citing the Pandora papers.

"The files also show how another European leader elected on an anti-graft platform, Volodymyr Zelensky, appears to have used complex offshore arrangements to allow his family to continue benefiting from overseas business without declaring it," the OCCRP said in a statement.

Czech Prime Minister Andrej Babis used an offshore company to purchase a lavish chateau on the French Riviera in 2009, the Pandora Papers claim.

"The five-bedroom Chateau Bigaud, with its 9.4 acres, is nestled between medieval ruins and lush forests. It is a hidden gem of Mougins, the hilltop village where Picasso spent the last 12 years of his life," the papers said.

As of January, the estate belonged to a subsidiary of one of the Czech companies indirectly owned by Babis, the investigation added, citing public records showed.