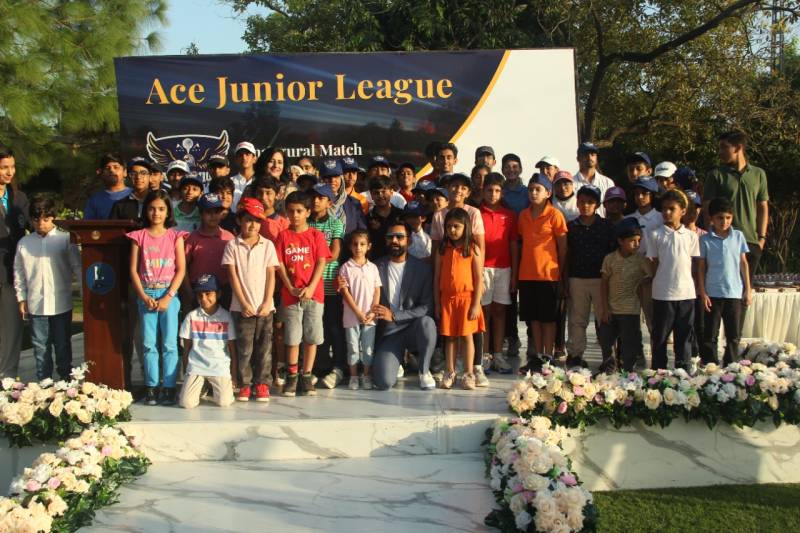 LAHORE – The two days Inaugural Match of the Ace Junior Golf League (AJL) concluded on Sunday 2 October at the Lahore Garrison Greens with an astounding success.

It is the brainchild of its President, Mrs Munazza Shaheen, and is aimed at creating a unique golfing platform that can eventually become a much needed nursery at the grassroots level for discovering, nurturing and producing our future golf champions. She spent over two years to study the methods and systems of other golfing countries before conceiving a suitable blueprint for its application to the Pakistani golfing landscape.

Munazza’s AJL is designed to encompass a unique combination of three aspects of Golf, i.e. Training for Skill Development, Application of Golf Psychology and Golf Tournaments into one comprehensive system. The AJL is designed to be a golf league for both girls and boys, between the ages of 6-18 years that is structured to inspire them to take a serious interest in golf at an early age and then facilitate them in developing their golfing skills to their full potential.

The Inaugural AJL Match was aggressively contested by 92 young golfers 40% of whom were girls, whose enthusiasm and love for the game were clearly visible. The event concluded with a very impressive Prize Distribution Ceremony at which the prizes  were awarded by the Chief Guest, Mr Hafeez. Incidentally, while in his earlier life Mr Hafeez had the honour of captaining the Pakistan Cricket Team, today he is an avid golfer.

He graciously agreed to be an honorary Brand Ambassador for AJL. He appreciated the initiative and efforts put in by the organizers. “I have never seen such a professionally organized event, conducted by a management comprising ladies. Today, I have seen the real talent of Pakistan, which if provided with the best opportunities and financial support by government and corporate sector, they will be the future stars of Pakistan. I will always be there to support this noble cause.”

In elite category, Moiz Amer, Saim Tahir were winner and runner-up respectively. It is pertinent that the league will be played on gross score only and junior golfers will compete in their respective age categories, the two most vital principles of the AJL.

Munazza Shaheen emphasizing the role of Dr. Asma Shami, stated: “Dr. Shami is a whole army in one – anything seen on the ground, is her grit and unprecedented support. She lent her full support for ladies golf and now she is providing unconditional support for my cause to develop junior golf in the country. I thank her for treading the path with me, it was a journey worth travelling as it was for the future of Pakistan.”

Bushra Tariq, Vice President AJL, thanked the sponsors Opera Textile Mills and Focallure Pakistan for their generous support that helped to make this event possible and hoped that they will continue to support the AJL.