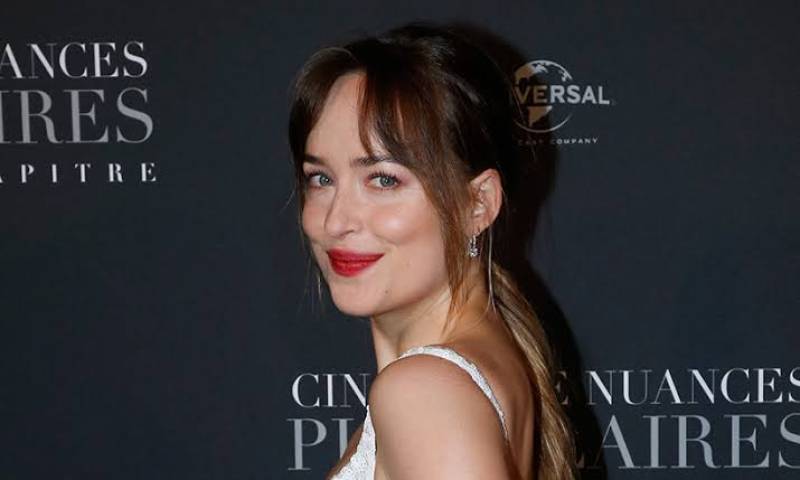 Dakota Johnson,28 is a name we all know, daughter of Melanie Griffith is bold and beautiful. She recently got in an awkward situation when film director Luca Guadgnino,47 place his hand a little too close to Dakota’s breasts for a photo op. She was wearing white sleeveless lace dress. Just like Ariana Grande she was seen uncomfortable in the pictures.

In a photo she was even seen looking down at Luca’s hand as he ‘playfully’ placed it to cover her cleavage. The duo was promoting an upcoming movie ‘Suspiria’ in which we will be seeing the beautiful fifty shades of grey actress. The movie is a remake of 1970’s original horror movie.

First Grande and now Johnson, these uncomfortable moments are cringeworthy and happening again and again despite the medi taking pictures as an evidence in return the actresses have to stay ‘normal’ as the powerful men harass them one way or the other. If we keep on ignoring such acts then this will only grow and give more power to harassers.

Ayesha Omar opens up about being sexually harassed (VIDEO)