Is the new cover of Cosmopolitan really spreading ‘body positivity’?

Britain is not only about all those glamorous royals and their wedding with beautiful castles there are sad realities lingering behind the beauties of Britain, obesity! Teenagers are fighting from obesity as junk food and fast food economy is growing in there. However when you have such grave issues, people should create awareness.

However Cosmopolitan is facing serious backlash after a ‘body positive’ image has been sent to the readers. In the new cover of Cosmo 5ft 3 inches and 300 lbs model was seen posing for the cover. In places like Britain where readers see such covers especially the teens they look upto models and prominent figures. 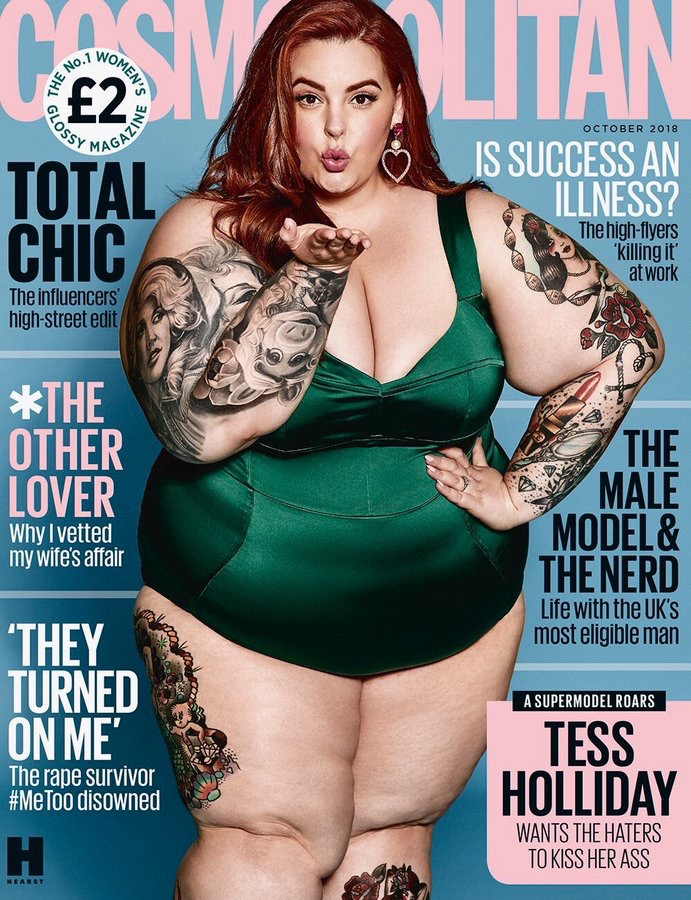 Sending a message that obesity is fine and accepted is not fine as obesity brings a lot of medical issues which later turn into mental health problems too. Britain needs to spread awareness and encourage people to engage in healthy physical activities along with healthy eating. Is this really body positivity?