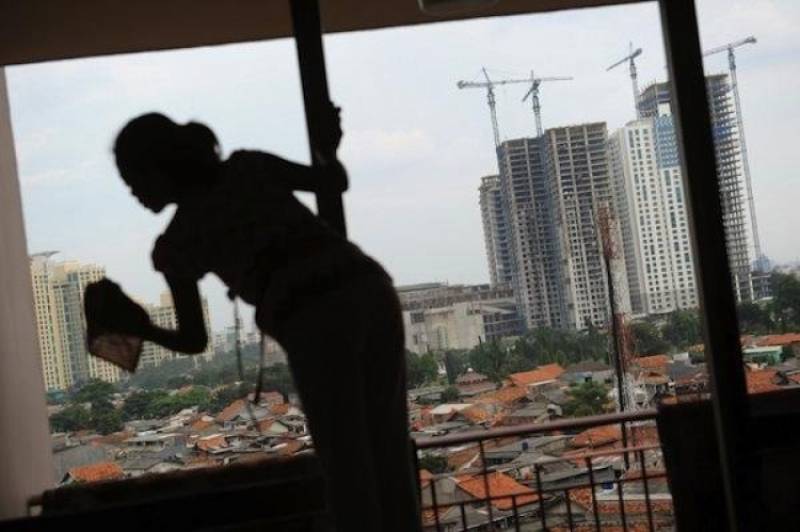 KUWAIT CITY - Police in Kuwait have arrested a woman who filmed her Ethiopian maid falling from the seventh floor in an apparent suicide attempt without trying to rescue her.

The cruel woman filmed her maid land on a metal awning, and then posted the incident on social media, Emirates247 reported citing a report in Al-Seyassah newspaper. Luckily, the maid survived the fall.

The 12-second video, posted on Youtube last week, shows the maid hanging outside the building in Kuwait’s Sabah el-Salem area, with one hand tightly gripping the window frame, as she begged for help in an apparent last-minute change of mind.

Even as the terrified maid is seen screaming 'hold me, hold me', just before her hand slipped and she fell down to hit the awning, the employer made no reaction and she continued filming.

Later, paramedics rescued the maid and rushed her to hospital where she was found to have a broken arm as well as a bloody nose and ear.

Following the incident, the housemaid woman explained that she wasn’t trying to commit suicide.

“I wasn’t trying to commit suicide, I was trying to escape from the woman who tried to kill me,” the unnamed maid said in a video posted by Ethiopian media this weekend from the hospital where her broken arm is being treated.

The Gulf state has thousands of domestic helpers from Africa and Asia who are complaining of abuse from their employers.