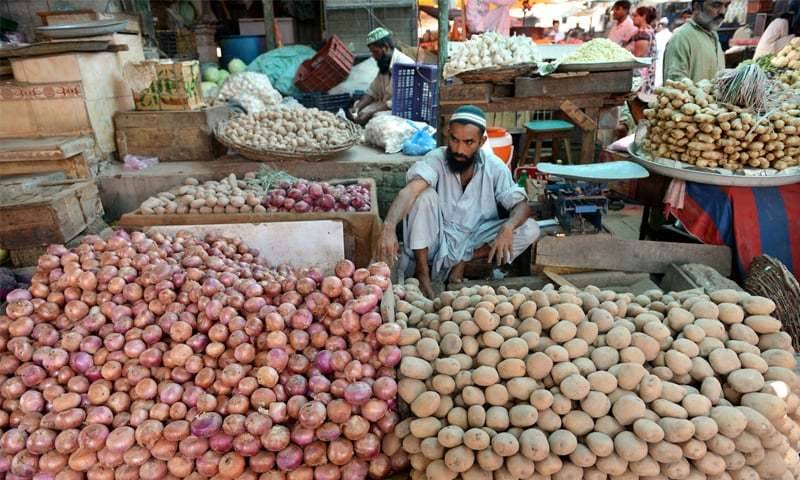 ISLAMABAD - As the PML-N government entered the fourth year of its third stint under prime minister Nawaz Sharif, a massive increase in prices of tomatoes, potatoes, eggs, and rice was observed while wheat prices remained fixed.

According to the latest data rolled out by Pakistan Bureau of Statistics, prices of commodities witnessed a mixed trend with price of wheat going down and price of tomatoes going up.

If we delve into the details further, we realise that the price of wheat over a period of one year stretching from March 2016 to March 2017 saw a downward trend and it shed by 1.43 percent.

For average quality 'gur' the price went down by 1.62 percent while it went 4 percent down for sugar.

Likewise, wheat flour bag saw a 2.06 percent reduction in price and red chilli powder saw a 2.67 percent cut over a period of one year.

On the other hand, lentils which are utilised by a majority of people in the country also saw a downward drift as PML-N entered into the fourth year of governance.

For washed pulse masoor, the price went down by 10.86 percent while it went a bit further 17.97 percent for moong. The price of mash pulse saw a maximum fall and it decreased by 26.88 percent.

Contrary to the reduction in prices, consumers also had to purchase some essential household items at an extended rate.

And as the country is facing gas crises as well, Liquid Petroleum Gas used as an alternative also went hard on consumers with a 28.23 percent increase per 11 kilogrammes.

A 14.42 percent swell was observed in price of eggs while Basmati broken rice was sold at an enhanced 8.72 percent rate.

Popular cigarette brands observed a 12.29 percent rise in cost while the petrol price soared by 16.28 percent.

The Pakistan Bureau of Statistics also analysed rate of Pakistan's most popular drink tea and its findings revealed that a 20.69 percent hike was detected over a period of one year from March, 2016 to 2017.