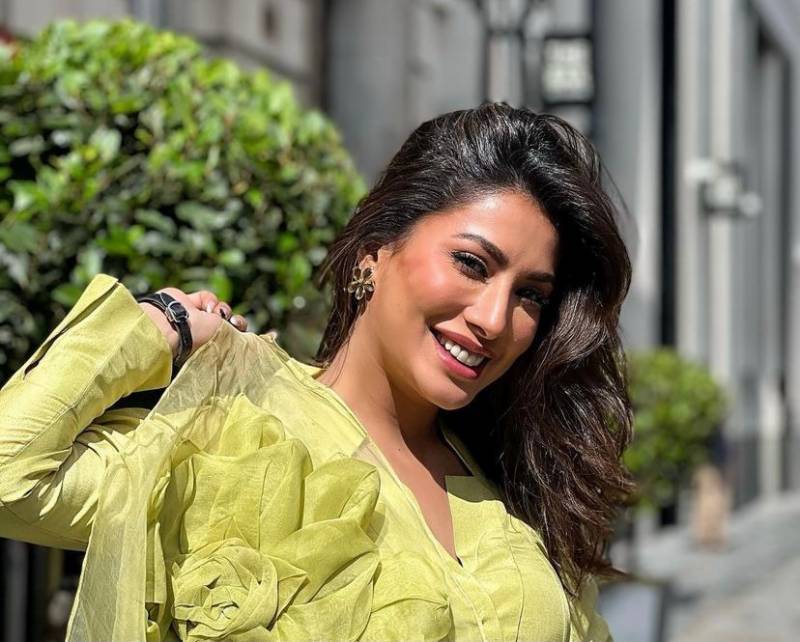 KARACHI – Leading lady Mehwish Hayat's bold persona and gorgeous glamorous looks are the reasons why her massive fan following has fallen head over heels with her.

The London Nahi Jaunga actress rose to global attention after playing the character of Aisha in the hugely successful Ms Marvel series that hit Pakistani cinemas earlier this year.

This time around, Mehwish Hayat has achieved another milestone as Never Have I Ever director Lena Khan and she have been made first patrons of UK Muslim Film (UKMF), an organization that challenges stereotypes of Muslims on screen and advocates for better representation across the industry.

Mehwish’s decision to support UKMF is a reflection of her personal interest in and her commitment to ensuring Muslims are authentically portrayed on-screen, the statement read.

“As one of the most socially active celebrities globally and Pakistan’s reigning box-office queen, Mehwish has widely spoken out about human rights on the global stage and has been particularly vocal about the representation of Muslims in mainstream media for many years now,” the organization praised the Pakistani actress.

Mehwish Hayat also celebrated the achievement on Instagram, stating as: “So proud to have been made a patron of UK Muslim Film @uk_muslimfilm . The first step towards “changing the script”.

On the work front, Mehwish Hayat’s both recent projects – Ms Marvel and London Nai Jaunga – have been successful and her performance has been lauded.