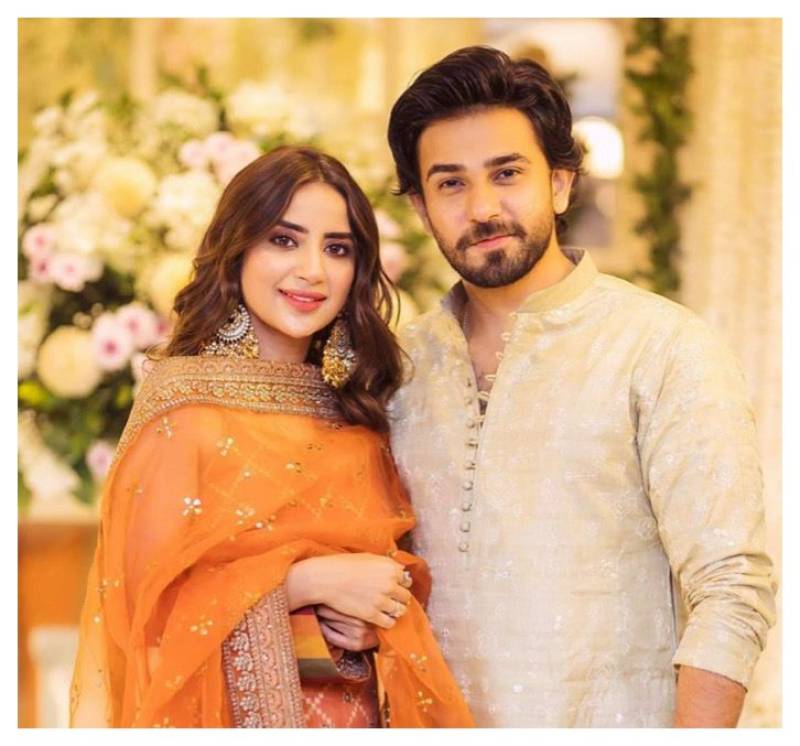 Stars are being trolled left, right and centre and the latest female celebrity to become the victom of insensitive comments and moral policing is Saboor Aly.

Receiving flak for her wardrobe choices, the Fitrat star created an uproar as she dazzled in a coral traditional backless dress for Khan's wedding.

Aly was dressed to the nines in a traditional orange dupatta paired up with churidar pyjama and a backless kameez.

Subjected to severe criticism and backlash, she triggered the masses because her outfit was labelled as 'revealing'.

The keyboard warriors did not hold back and shamed her choice of clothing. Derogatory comments also poured under her picture. Here is what the netizens had to say: 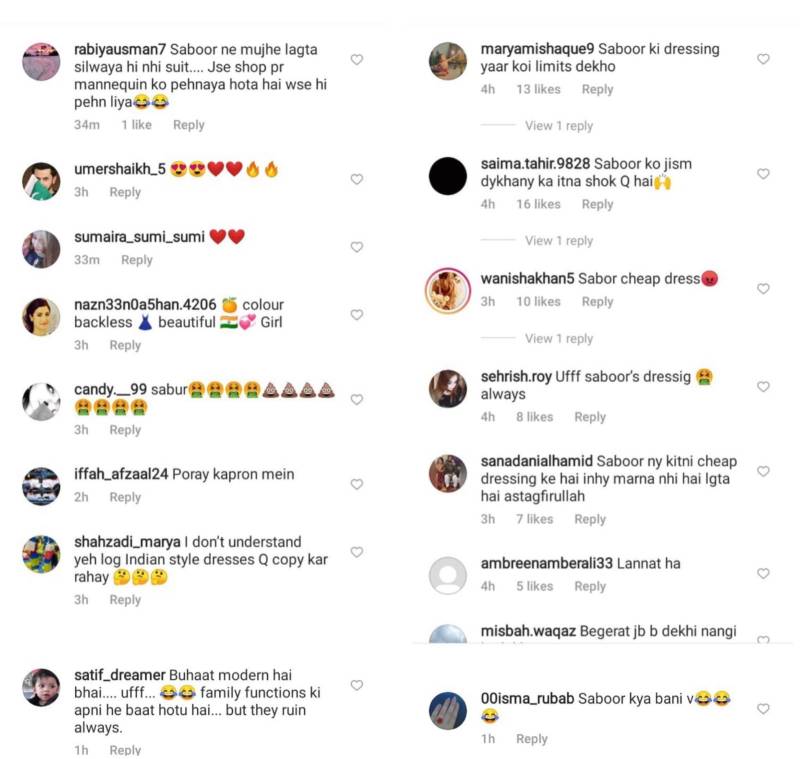 On the work front, Saboor will be gracing the screen with a new drama serial Amanat co-starring Urwa Hocane, Imran Abbas and Haroon Shahid