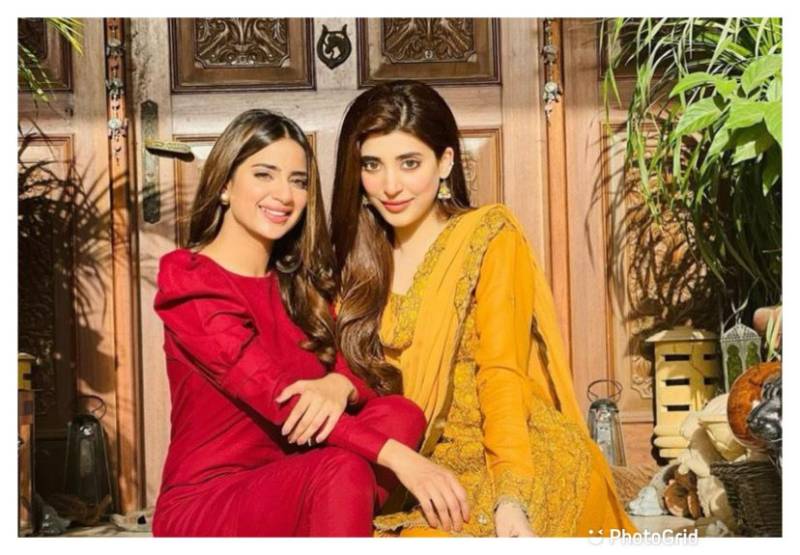 Starring an ensemble cast of Urwa Hocane, Saboor Aly, Imran Abbas and Haroon Shahid, the expectation from the drama has skyrocketed and the hype surrounding its release is unreal.

The teaser unveil gave the audience insight into an intense storyline that is bound to be a rollercoaster ride but the off-screen fun narrates an entirely different vibe.

Recently, Saboor Aly shared a hilarious fun-filled video where Imran Abbas sings in the background while she alongside Urwa give funny reactions and facial emotions in reply.

Leaving fans in a swoon, the video has been stealing hearts as the immecable chemistry of the leading ladies off-screen shines through.

Moreover, the Thora Sa Haq star's melodious voice is a treat for the ears as he leaves the fans mesmerized with his tuneful vocal talent.

Imran Abbas and Urwa Hocane have won the hearts of fans with their singing skills. Urwa Hocane took to her Instagram ...