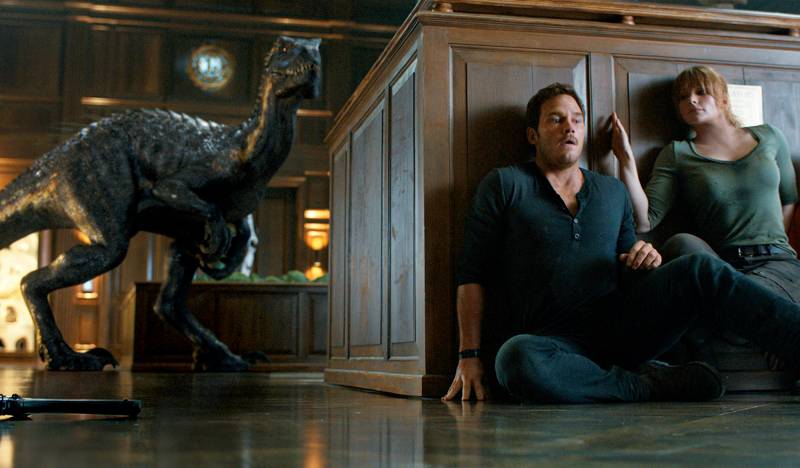 Hollywood finally seems to have taken a turn for the better with a serious shift and a rise in female led blockbusters that include some highly anticipated prequels and sequels! Here are the 8 upcoming Hollywood movies that are just too good to miss out on this summer!

Helping us relive that iconic scene from the original, the second installation into the new territory of Jurrassic World returns to our cinemas June 22 as told by everyone's favourite snarky couple Bryce Dallas ­Howard’s Claire and Chris Pratt’s Owen.

With Hollywood's best and brightest divas all together in one movie, Ocean's 8 is the epitome of girl power. Starring the likes of Sandra Bullock, Cate Blanchett, Rihanna, Mindy Kaling, Anne Hathaway and Sarah Paulson to name a few!

While we may all be excited to see another Star Wars story out on May 25th, actress Thandie Newton makes galactic history by becoming the first woman of colour to lead in a Star Wars film. The film also stars Emilia Clarke, Woody Harellson, Donald Glover and Alden Ehrenreich in important roles.

4. The Spy Who Dumped Me-Releasing August 3

Mila Kunis’ along with her bestfriend and everyone's favourite SNL star Kate McKinnon just wanted to get back at Kunis's boyfriend who dumped her, but little did they know they would get caught up in an international spy frenzy.

You may know her from her unforgettable performance in 101 Dalmatians as Cruella Devill- the bad guy we all loved to hate as kids! But now actress Glenn Close is back to star as a loving and supportive wife who gives up her career to help out her author husband.

Based on the bestselling novel by Kevin Kwan, the movie stars Michelle Yeoh as the Monster-in-law mother-in-law, Constance Wu from the hit TV series 'Fresh Off The Boat' who falls in love with the overbearing martiarch's son who is played by Henry Golding. Talk about some Asian representation!

After giving us two decades of unparalleled action packed thriller after the other, the sixth installment of the Mission Impossible franchise is back with a brand new story line and everyone's favourite spy, Tom Cruise!

8. Ant Man and The Wasp-Releasing July 6

After the unmatched success of the first Ant Man movie, actor Paul Rudd is back, this time donning the Ant Man suit to fight alongside Evangeline Lilly as they battle it out against an all powerful new enemy. Their mission soon takes a drastic turn as hidden revelations are made from the duo's past.