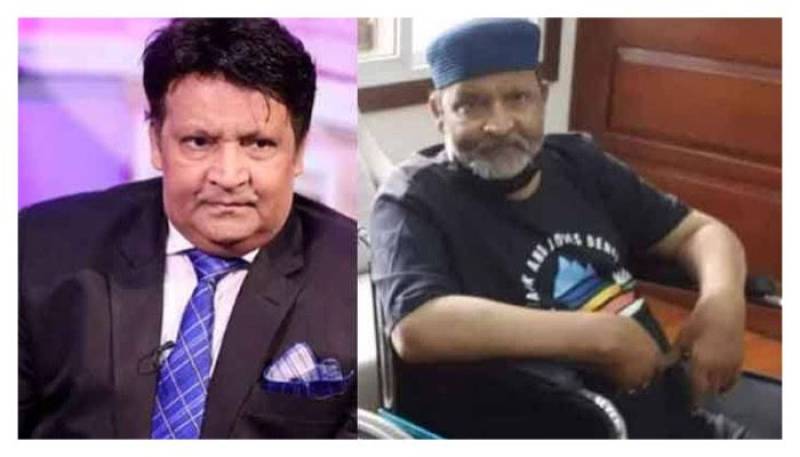 Veteran artist Umer Sharif recently became the talk of the town when he requested the government to help him travel abroad owing to his deteriorating health in a viral video.

In the aforementioned video, the renowned comedian was seen in a frail state which propelled worrying messages from the public.

In the pre-recorded message, Sharif says that he does not have treatment options in Pakistan so he needs to travel abroad. Hence, the 66-year-old requested the PM to facilitate his request.

Now, according to Prime Minister of Pakistan’s spokesperson Shahbaz Gill, the PM Imran Khan has taken notice of Sharif's request.

The video has Sharif who looks visibly unwell saying, “I have been told by my doctors that, for better treatment, I will have to go abroad. I believe I helped Imran Khan, as much as I could, with Shaukat Khanum Memorial Hospital.”

“Doctors are telling me I can get the best treatment in America. I, Umer Sharif, am now addressing the Prime Minister of Pakistan Imran Khan Sahab. Whenever you have called me for anything, I have always been there for you, which is why I believe that you will also be there for me.”, he concluded.

Host Waseem Badami emphasised how Sharif needs assistance when it comes to technical issues. He explained that Sharif was not in need of financial aid but he needed government support for travel since Sharif’s doctors have recommended he travel within the next 15 to 20 days to the USA, Germany or Saudi Arabia.

The video message was followed by a conversation between the host and Gill, who said he felt sadness after seeing Sharif in such a state. He assured that all efforts will be made for Sharif.

Now, Gill has updated the followers about how the office of the Prime Minister had gotten in touch with Sharif, and promised to continue sharing more details.

The legendary entertainer Umer Sharif is regarded as one of the greatest comedians in the sub-continent.

Truly a living legend, he is a talent powerhouse for whom no specific place or audience is required to exhibit the versatility of his craft.

Pakistani actor-comedian Umer Sharif has a huge fanbase owing to his spontaneous jokes and witty nature. Truly a living ...