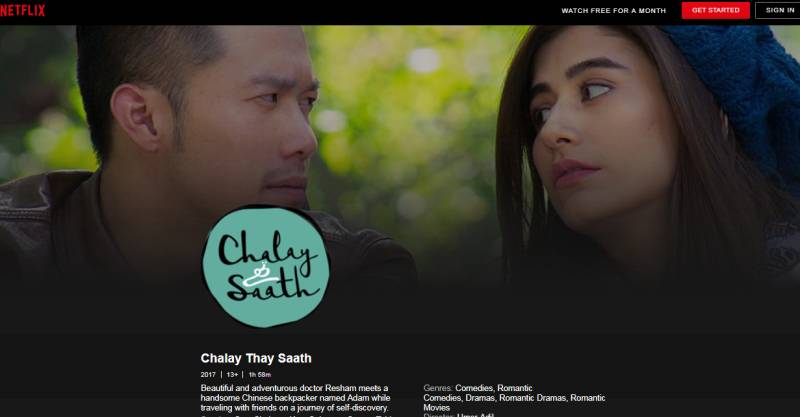 After the successful release of Pakistani movies such as Moor, Ho Mann Jahaan, Janaan, O21, Waar, Wrong No. and Dukhtar to the streaming giant, Netflix has added another Pakistani film to the list; the 2017 film 'Chalay Thay Saath which stars Syra Shahroz as its lead, Resham.

Syra took to her Instagram where she shared this news with fans;

In an earlier interview to The Express Tribune Syra said, “The film is about the different kind of relationships you deal with in life, whether they are with family or friends.”

The movie which is a coming-of-age story follows the journey of six young friends on the path to self-discovery, freedom, growing up and understanding. The main leads, Resham who is an adventurous doctor and Adam fall in love over the course of the movie and the film shows their struggles and moments.

Syra Yousaf, Shahroz Sabzwari open up about their idea of love in first tell-all interview