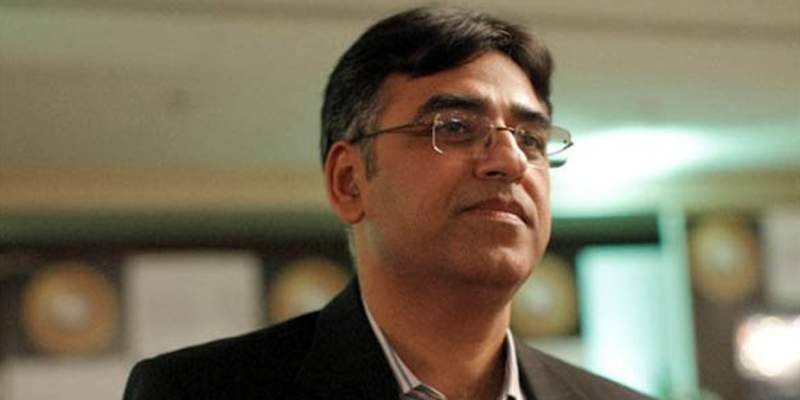 ISLAMABAD – Finance Minister Asad Umer has said negotiations with IMF are not broken and are still underway saying, the previous government should have gone to IMF early this year as balance of payment crises was pretty evident and that would have been the best time to seek IMF package.

The views were expressed by the lawmaker while talking at a dinner hosted by Federal Information Minister Fawad Chaudhary for APNS Executive Committee. The Chairman BOI Haroon Sharif was also present on the occasion.

The Finance Minister further said that the current Government did not waste any time in engaging the IMF and there is almost consensus among the Economic Advisory Council that seeking IMF Package is the most viable option for Pakistan to stabilize its economy and currency in the short term.

He also said that the incumbent government inherited a huge current account deficit of $ 19b and it was an uphill task to arrest this deficit from growing and initiating different measures to tackle it through prudent fiscal and monetary policies.

Umer said that government’s endeavors to engage friendly countries helped Pakistan gain fiscal space to strike a better deal with IMF. He also said that there is almost complete agreement with IMF on the structural reforms to be carried out to stabilize and organize the economy, however differences persist on the time frame for implementation of these reforms which will also be sorted out.

The Finance Minister also assured APNS office bearers and executive committee members that the government is fully cognizant of print industry issues and consider it a part of the government. He said that notification for withdrawal of 5% custom duty in line with announcement of PM Imran Khan will be issued shortly.

He expressed that finance ministry is ready to work with APNS and Information Ministry to look at the issues of Withholding Tax and Tax Refund being faced by the print industry and help find amicable solution. He also assured that Finance Ministry will instantly clear all verified outstanding government advertisement dues once received from the Information Ministry.

The Finance Minister also criticized the financial policies adopted by the previous governments and said all over the world productivity growth remains the driver of growth especially for developing countries. In Pakistan unfortunately productivity growth is almost zero if a horizon of last 18 years is taken which clearly means that basic economic reforms were not carried out, he added

The Finance Minister was very optimistic about the long term growth prospects of Pakistan economy and said a number of foreign investors have shown keen interest in investing in certain high growth sectors. He further said that the steps being taken by the government will usher in an ear of industrialization and will greatly benefit export related industries.

Chairman BOI added that they have received atleast 10 concrete FDI proposals of which only one MOU by ARAMACO for setting up refinery in Gawadar will be worth at least 5 billion dollars. The Finance Minister responding to question regarding drop in Pakistan Stock Market index said that its primarily due to flight of portfolio investment which is not a new phenomenon for Pakistan and in the last 2.5 years portfolio investment balance has remained negative.