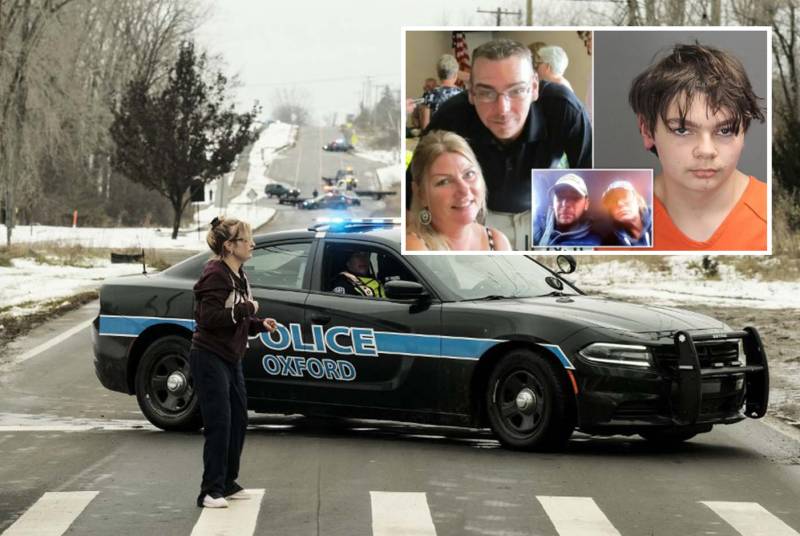 LANSING – The parents of a teen accused of killing four students at a Michigan high school hours have been arrested after a brief manhunt as the prosecutor filed involuntary manslaughter charges against the duo.

Reports in international media cited that James and Jennifer Crumbley, parents of Ethan Crumbley, were taken into custody a day after each was charged with four counts of involuntary manslaughter over a mass shooting.

The duo was detained on a tip-off from an unidentified man who saw their vehicle near a warehouse. They failed to show up in court on Friday after being charged. Officials claimed that the 15-year-old shooter used his father's gun to shoot classmates, killing four and wounding seven.

Earlier, a US law enforcement service had offered a $10,000 reward for information leading to their arrest.

Their 15-year-old son, Ethan Crumbley, is alleged to have killed fellow students and injured teachers at his school in Oxford. The four deceased include Tate Myre, 16, Madisyn Baldwin, 17, Hana St Juliana, 14, and Justin Shilling, 17.

LANSING – At least three Michigan school students were shot and killed on Tuesday by a fellow student, who was ...

Ethan is being charged as an adult and is facing one count of terrorism, four counts of first-degree murder, seven counts of assaults with intent to murder, and 12 counts of possession of a firearm.

Reports also revealed that the boy accompanied his father to an ammunition shop, where the two got a hand weapon.