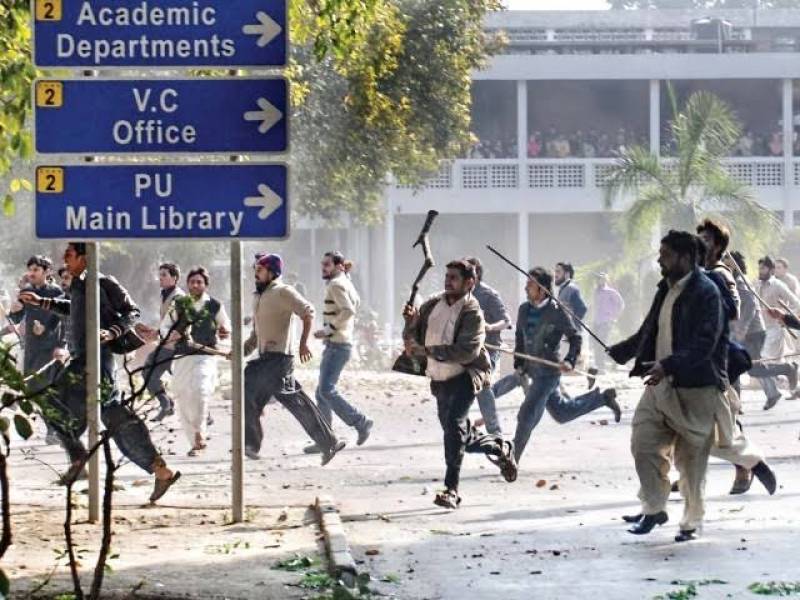 LAHORE – Huge number of student activists ransacked the offices of Punjab University vice-chancellor (VC), registrar and public relations officer after a clash broke out between groups on Friday.

Reports in local media said a nationalist council was organizing their cultural programmes in varsity and had hoisted posters in different hostels while the IJT activists, in a counter move, started replacing their posters which led to a clash between the two groups.

PU spokesperson speaking with a leading daily mentioned that a student body of a political party ransacked the VC and registrar offices and others following a clash near the main cafeteria in the campus.

A police complaint had been filed for legal action over wreckage at the public university, he confirmed while adding that the administration will expel all those involved in the attacks. The officials are probing the matter and are identifying miscreants with the help of footage.

He also mentioned that the charged students barged into the Admin Block and damaged its infrastructure, spreading terror in the staff. The activists even threatened the deployed guards with dire consequences.

Later, a large contingent of Punjab Police arrived at the spot and dispersed the protesters.

Meanwhile, Jamiat spokesperson told a news outlet that they were protesting to demand action against outsiders living in the PU hostels and nominated in several cases. The group also accused members of a nationalist council of attacking its members with sticks after Friday prayers.