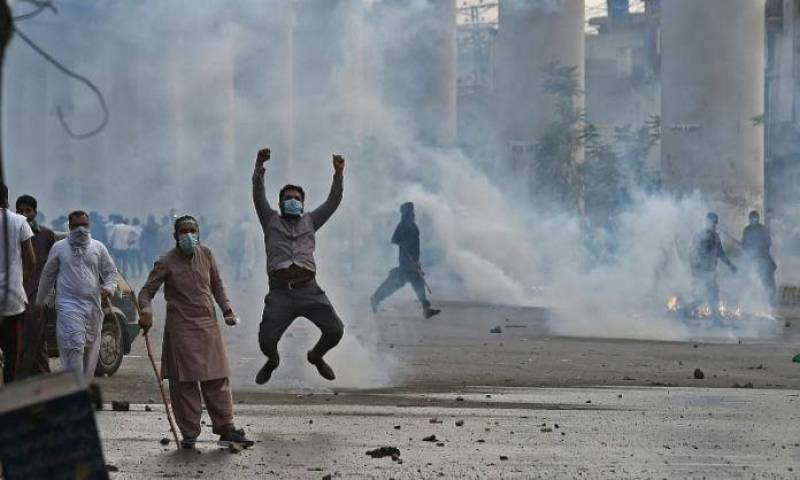 LAHORE – An anti-terrorism court (ATC) in Gujranwala has awarded 16-year imprisonment to 19 members of the Tehreek-i-Labbaik Pakistan (TLP) for attacking police during its protests held in October.

ATC judge Natasha Naseem Sipra convicted the TLP member and also imposed a fine of Rs30,000 on each. She also acquitted 15 other suspects in the case.

The court awarded 15 years’ imprisonment and a fine of Rs30,000 each in three different offences of section 6 of ATA [Anti-Terrorism Act] and one-year imprisonment in section 148 of Pakistan Penal Code (PPC), a media report said.

Earlier this year, Pindi Bhattian police had booked 34 TLP members on charges of killing a policeman, injuring several others, disrupting traffic on roads, and other related offences.

In October this year, TLP held weeks-long protests in various parts of the country and engaged in clashes with police. The religio-political party called off the protest after the government unbanned TLP, released its thousands of workers and allowed it to take part in next general election 2023, following a secretive deal between both sides.

The PTI-led government banned the TLP following its violent protest in April this year, placing its chief Saad Hussain Rizvi on fourth schedule.