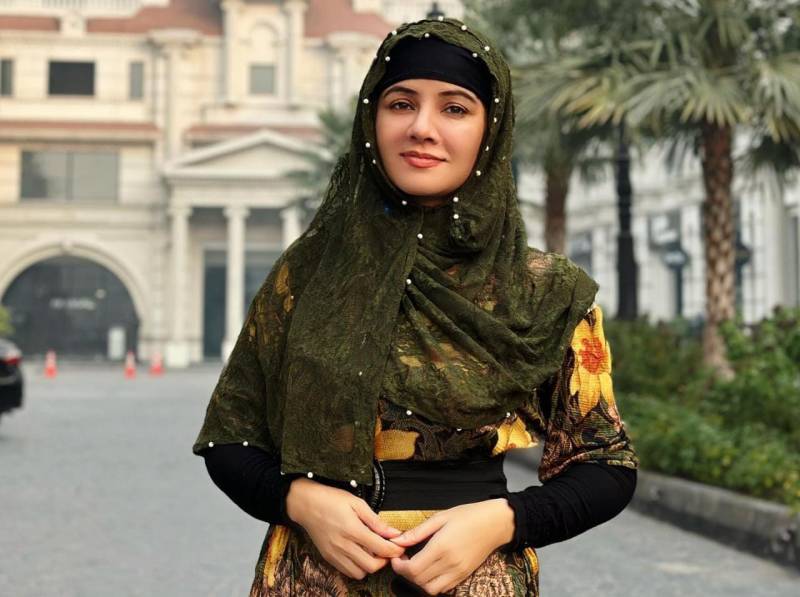 Call it "15 minutes of fame" or a quick trajectory into the entertainment industry, social media users are the ones who decide who gets what.

In times when making people famous on a whim is fairly common, especially in Pakistan, the entertainment industry has a galore amount of one-hit wonders, although only a handful of them make promising careers.

Recently, a dance video went viral and made TikToker Ayesha an instant hit not only in Pakistan but also in India. In the wake of such events, there are some people with a genuine concern for society as a whole and the powerful influence of social media on the future generations.

While Ayesha enjoys the fact that her groovy dance is being copied by legendary actresses like Madhuri Dixit, Lollywood's former singer Rabi Pirzada is in a dilemma whether Pakistani media should promote such content or not.

The Dahdi Kuree singer, who once was a viral sensation mainly for her powerful vocals and her love for exotic animals, recently sat down for an interview to discuss the negative influence and questionable trends on social media platforms in Pakistan.

For the unversed, Pirzada herself was caught in a scandal that led her to change her path and embrace the religious way of life.

In an interview with Waseem Badami, the Chori Chori singer opined on people going viral via dance videos. Pirzada suggested that our society is stooping low day by day as we idolize men who imitate women and women who dance to to become famous.

On the work front, Pizada has two films Pyar Ki FIR, and Court Marriage in the pipeline. Pirzada is currently working in Noor Bibi.

'A tragedy': For the first time, Rabi Pirzada talks about her leaked video scandal