Attack on one faith is attack on all faiths: Obama during first mosque visit 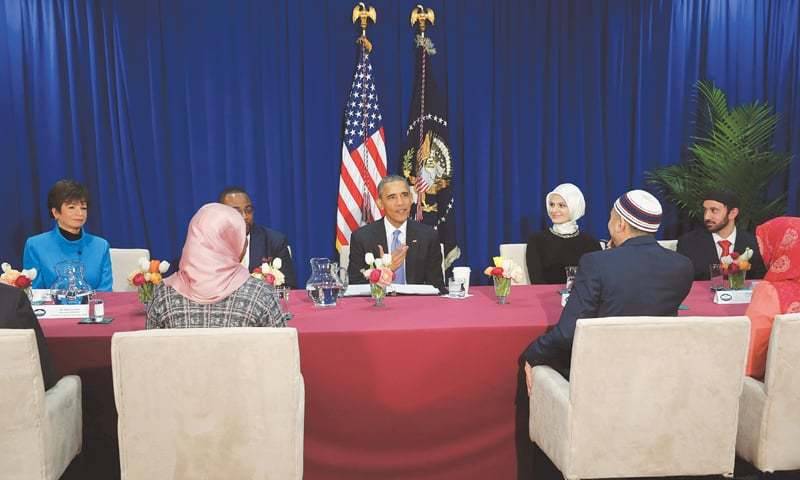 WASHINGTON (News Desk) - In a bid to promote inter-faith harmony, the United States President Barack Obama visited a mosque in Baltimore for the first time since he took over the White House.

According to media reports, Barack Obama also held a session of meeting with the Muslim leaders during the visit.

Speaking on the occasion, he said that Muslims are important section of American community which played key role to make United States a great country. The mosques are part of the American story as well, he added.

"Attack on one faith is attack on all faiths and recently certain statement directly targeted the Muslim community residing in United States," Obama went on to say.

We cannot support such bigotry, the whole community cannot be blamed for the acts of violence that were arranged by the few; he added.

On the occasion Obama also told participants that he was not the first US President to be called as a Muslim but the opponent of Jefferson also called him a Muslim. So I know I am in a good company, he said.