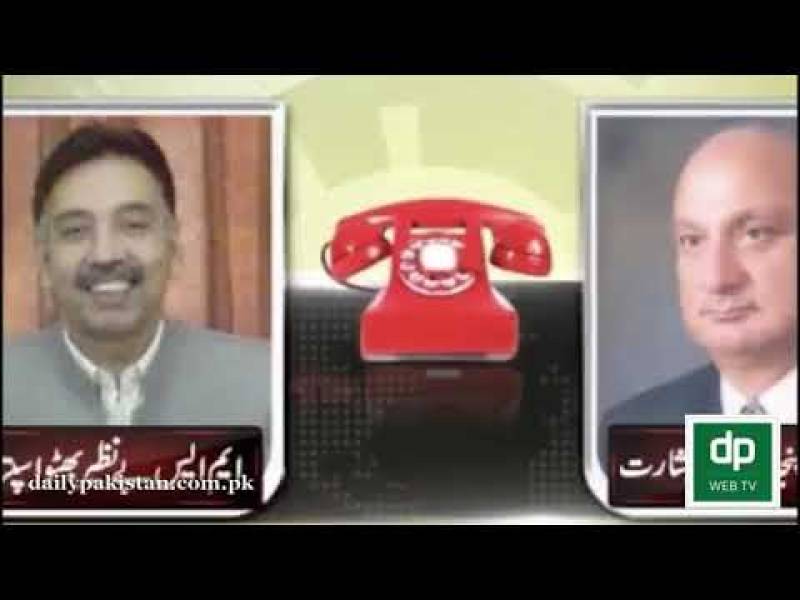 RAWALPINDI - The PTI-led government in Punjab has placed the medical superintendent of Benazir Bhutto Hospital under suspension “on account of negligence and misconduct”, a notification said on Monday.

Dr Tariq Masood Khan Niazi, a government doctor of Grade-20 has been replaced by Dr Samina Shaheen, according to the notification. 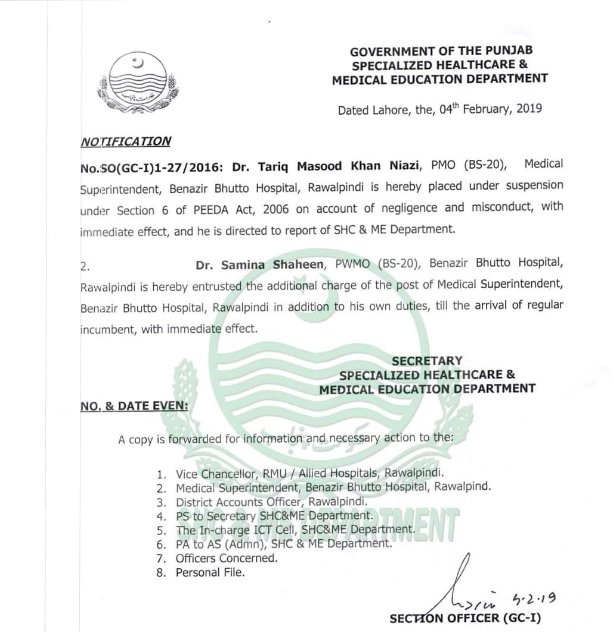 In the audio, the minister can be heard ordering Dr Niazi to transfer Areeba Abbasi to the skin department of the hospital. As Dr Tariq Niazi refuses to obey, Basharat can be heard threatening him with dismissal from his post.

Dr Tariq Niazi also confirmed to local media that the minister threatened him on phone.

Dr Areeba Abbasi resigned from her post, alleging that the Benazir Bhutto Hospital MS had been victimising her because of her father’s political affiliations.

However, the hospital’s medical superintendent Dr Tariq Niazi suddenly transferred her to the emergency department. She said there were no behavioral issues that would have spurred this transfer and she wasn’t given any explanation for the multiple transfers.