Bomber killed, two injured in blast near US consulate in Jeddah 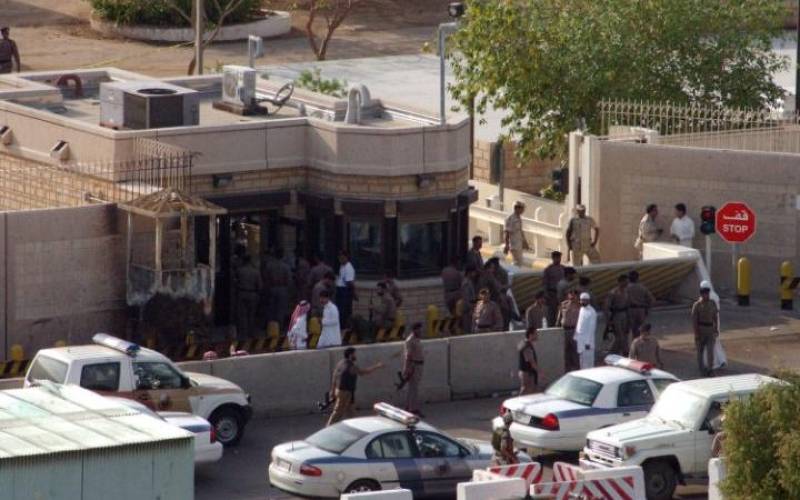 JEDDAH - A suicide bomber was shot dead while two security personnel were injured in a blast near the US consulate building in Saudi Arabia's Jeddah city on Monday morning.

According to media reports, the bomber had approached the US consulate after parking his car outside a hospital located opposite the building, before being gunned down by security personnel. Two security officials were also lightly wounded in a blast triggered by the bomber.

Following the incident, multiple bomb blasts were reported from the same area. Saudi media said that these were remote controlled explosions detonated from nearby.

Meanwhile, a US State Department message warned US citizens in Saudi Arabia to take extra precautions while travelling in the Kingdom.