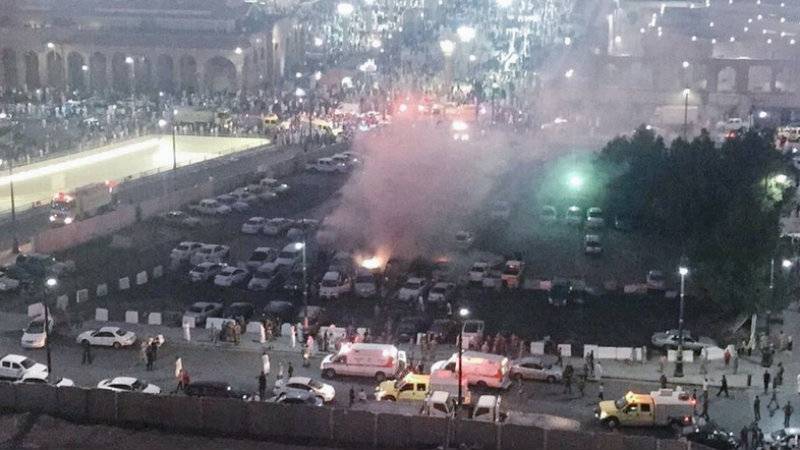 MEDINA - A suicide bomber detonated a device near the security headquarters of Masjid-i-Nabvi (PBUH) in Madinah, the second-holiest site in Islam, killing at least five security officials.

According to Saudi media, the bomber detonated his device as security officers were breaking their Ramadan fast.

Also Read: Bomber killed, two injured in blast near US consulate in Jeddah

Footage on the al-Arabiya television showed a blazing vehicle in the wake of the attacks. Currently, there are no details of casualties and no official comment from Saudi authorities on the attack.

The mosque is the burial place of the Prophet Muhammad in Medina, the second-holiest city in Islam after Mecca.

Earlier, at least one explosion rocked the eastern city of Qatif in the Kingdom.