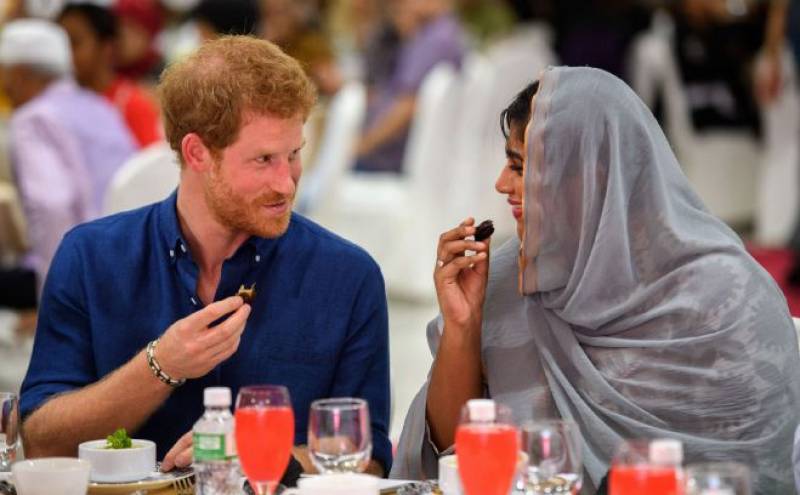 SINGAPORE: Prince Harry has broken fast with a Muslim community - as words of sympathy were said for the victims of the London terror attack.

Harry, who is on a two-day trip to Singapore, was visiting a community centre run by a Muslim-faith led voluntary welfare organization called Jamiyah Singapore, which voices a range of services ranging from help for recovering addicts to providing residential homes for young people. 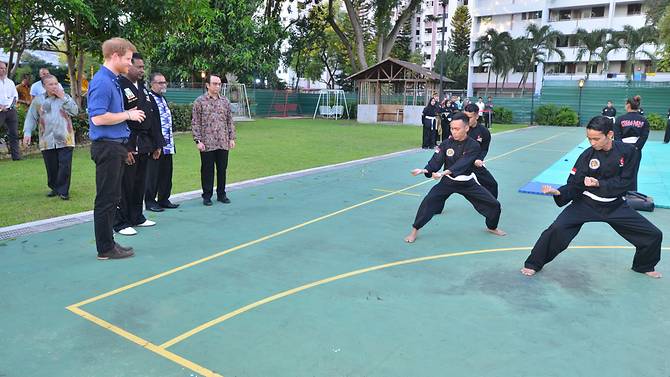 Minutes before the sun went down and the Aazan was recited by an Islamic scholar, the secretary-general of Jamiyah, Muhammad Rafiuddin, said:

"Our thoughts go out to the families of the victims of the London terror attack last night."

Harry bowed his head while he was speaking and the secretary general added, "Let peace and harmony prevail in communities all over the world."

The quiet room sprang to life with people talking. In the meanwhile, Harry reached out for a date and popped it into his mouth licking his fingers.

A few minutes later, the Prince and around 80 other young Muslim guests present at the occasion helped themselves to a simple dish of porridge, known as 'bubur', as they all sat together. 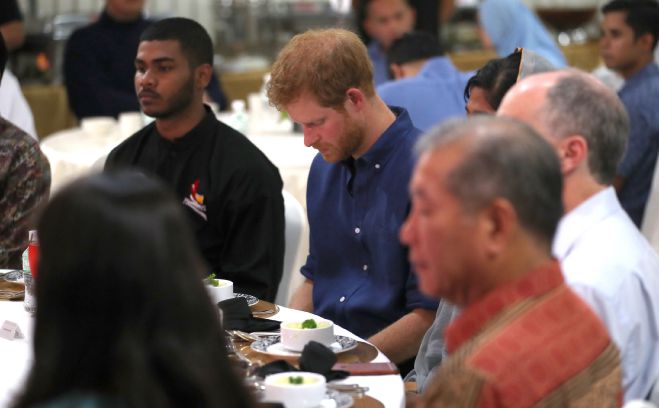 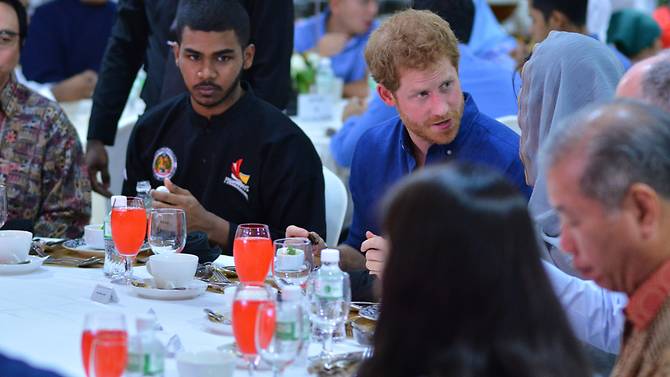 Dr Mohd Hasbi Abu Bakar, president of Jamiyah Singapore, said, "Ramadan is a time of reflection, for spending time with family and friends while giving support to those who are less fortunate. We are honored that Prince Harry was able to join us for this iftar and to meet with the young people that are part of the Jamiyah Singapore community."