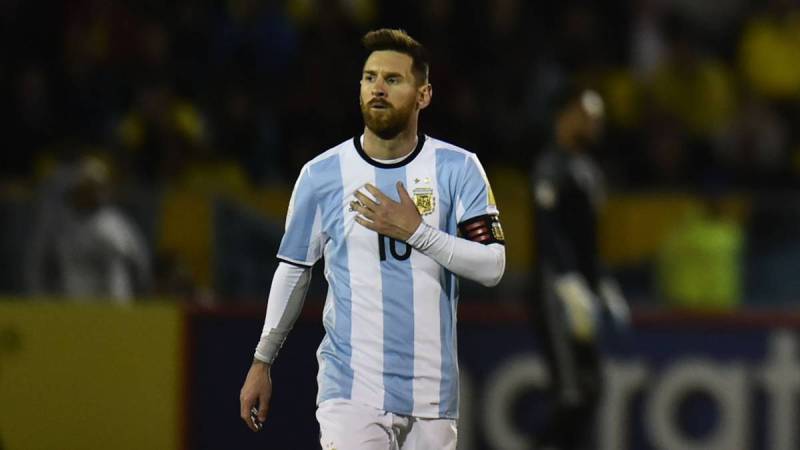 RAMALLAH – The Palestine Football Association head, Jibril Rajoub has urged fans to burn pictures of star striker Lionel Messi and replicas of his shirt if he plays in Argentina's controversial friendly against Israel this weekend.

But Rajoub has accused Israel, ranked 98th in the FIFA standings, of using the encounter as a political tool. And he told supporters to target Messi – arguably the world's best player – if the Barcelona star plays.

"He's a big symbol so we are going to target him personally and we call on all to burn his picture and his shirt and to abandon him," he told reporters Sunday.

"We still hope that Messi will not come."

BYDGOSZCZ, Poland – The global sporting body of wrestling has banned an Iranian athlete for six months for ...

Rajoub has long tried to get football’s world governing body, FIFA, and the International Olympic Committee (IOC) to impose sanctions against Israel. This is mainly because of the Israeli government’s settlements policy in the West Bank and because it has imposed travel restrictions on Palestinian athletes citing security concerns.

Just last week, the Palestinian FA chief wrote on Sunday to Claudio Tapia, the head of the Argentinian FA, accusing Israel of using the match as a “political tool”. 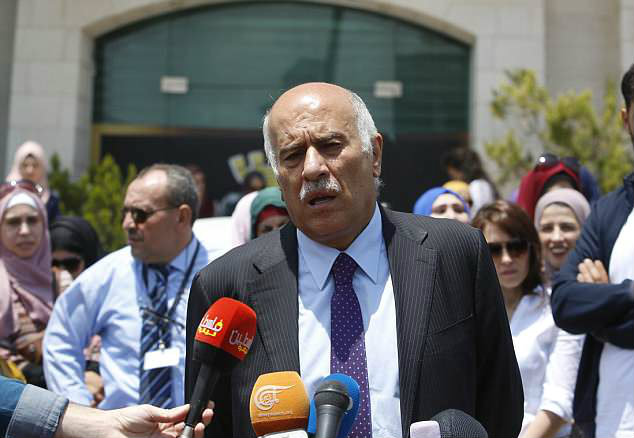 The stadium that will host the match is in west Jerusalem. The Palestinians want the eastern part of the city as the capital of a future state that will include the Gaza Strip and the Israeli-occupied West Bank.

In a video message, Obeid appeals directly to team captain Lionel Messi, “because he is very popular in Palestine, particularly in the Gaza Strip.”

Israeli snipers shot Obeid in both of his knees during rallies near the Gaza-Israel boundary on 30 March, ending a promising football career.

“I was peacefully participating in the demonstration. I was taking a selfie to remember the march. I was directly targeted by occupation snipers,” Obeid says. “I was shot in my right and left legs and my knee cap area had to be removed.”

Since the beginning of the Great March of Return protests in the Gaza Strip, Israel has killed more than 100 Palestinians and injured thousands more.

Obeid urges Messi and his national team “to stand in solidarity with Palestinians and to boycott the scheduled game with Israel, which is occupying our land.”

Messi is most known as the star player for Barcelona and is a hero to many Palestinians.

A few years ago, this video of a Palestinian child deftly escaping the clutches of four Israeli soldiers became wildly popular on social media after someone added a commentary track to it as if the child were Messi skilfully weaving a football around opposing players to score a legendary goal:

The planned match in Jerusalem is part of Israel’s 70th anniversary celebrations in the city, which also marks 70 years since the Nakba – the ethnic cleansing of 750,000 Palestinians before and after Israel’s creation.

The match would be “taking place while Israel implements a criminal shoot-to-kill-or-maim policy against peaceful Palestinian protesters in Gaza,” PACBI, the Palestinian Campaign for the Academic and Cultural Boycott of Israel, stated.

The match was originally slated to be played in Haifa but Israeli authorities contributed funding for it to be moved to Jerusalem, irking Palestinians further. This is in the wake of US President Donald Trump’s recognition of the city as Israel’s capital.

The US embassy was moved there last month. “The Israeli government has turned a regular sports match into a political tool. As was widely covered in Argentinian media, the match now is being played in order to celebrate the `70th anniversary of the State of Israel’,” part of Rajoub’s letter said.

Most countries do not recognise either Israel’s or the Palestinians’ sovereignty in Jerusalem and have embassies to Israel in the Tel Aviv area. However, Guatemala and Honduras followed the US lead in moving their embassies last month.

Argentina have made four previous pre-World Cup stopovers in Israel since 1986. The team has been drawn in World Cup Group D and will open its campaign against Iceland in Moscow on June 16.