Shocking: Johnny Depp looks pale and lean during recent tour to Russia with his band 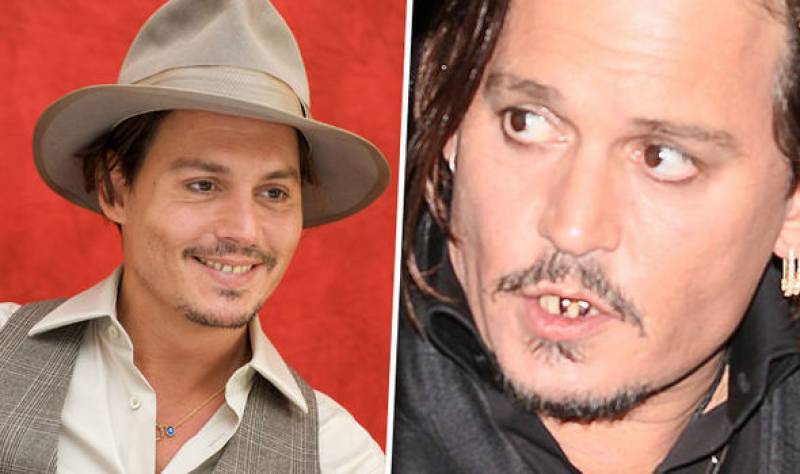 ST PETERSBURG: The 54years old Hollywood actor 'Johnny Depp' is busy these days touring with his rock band at Russia.

Recent pictures of Johnny have worried the fans regarding his health as the 'Pirates of the Carribean' actor is looking so skinny, pale and weak. nearly unrecognizable and shocking for many.

Two Russian women took snaps with the “Pirates of the Caribbean” actor at the Four Seasons Hotel Lion Palace in St. ­Petersburg, with Depp showing a pained smile. Depp — who is on tour with his rock band, Hollywood Vampires — completed the disheveled look with several silver chain necklaces and a variety of bracelets covering up his wrists.

It's not sure whether it is a transformation by the actor for some future role or he is seriously ill!

Many fans and followers couldn't stop for reacting and enquiring for the heath of the actor:

Johnny Depp looks so bad omg is he ill or something 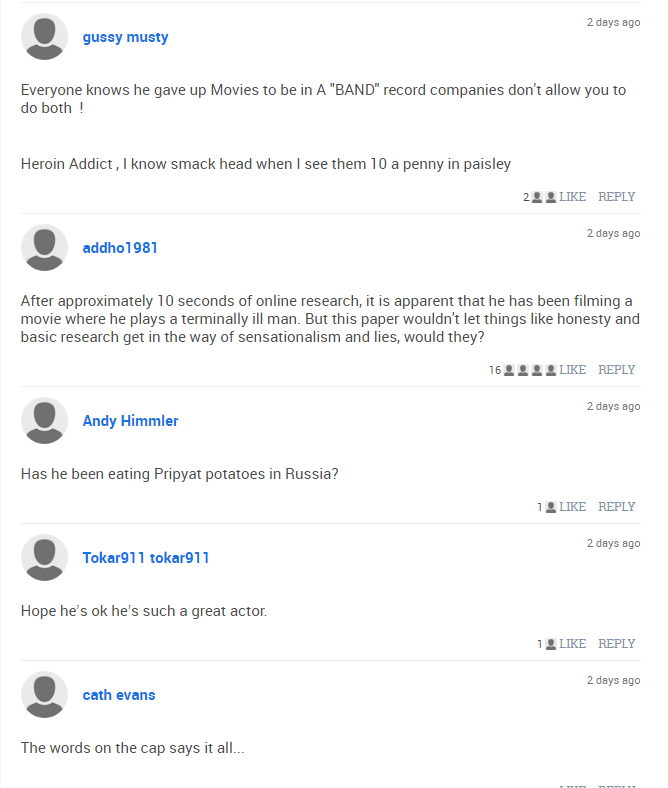 One fan tweeted: "Jonny Depp looks so bad, omg, is he ill or something?"

Other person commented to the photo: “Why is he looking so skinny[?], hope he is ok."

Others suggested drugs could be the reason Depp looks more like Freddy Krueger from “A Nightmare on Elm Street” than his usual self.

Johnny Depp has been referred to  “an alcoholic and drug addict,” after a court filing,  a condition that “has increased dramatically in recent years, as has his violent behavior."

Depp admitted to abusing alcohol during an interview with Rolling Stone in 2008. “I’m a dumb-a–, and I poisoned myself for years,” he said.

Johnny also mentioned, not to worry as this look is for his upcoming movie to be released soon.The “Edward Scissors Hand” actor will be appearing on the television this November   in the Harry Potter spin-off “Fantastic Beasts: The Crimes of Grindelwald.”