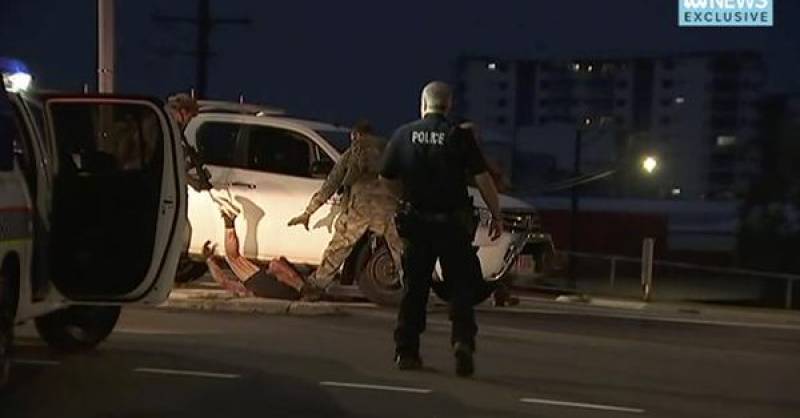 He said that police were notified of multiple shots in the city area around 5:45 p.m. local time (0815 GMT), while local media said witnesses heard up to 20 shots from a motel, carrying photos which showed broken glass at the front of the Palm Motel.

"We didn't believe this is terrorism related," said Kershaw. "This is one individual who acted individually."

Prime Minister Scott Morrison said the incident was not terrorism related. "This is a terrible act of violence that has already, I'm advised, taken the lives of four people," Morrison told reporters in London.

CANBERRA - Australia will fine social media companies up to 10 percent of their annual global turnover and imprison ...

A report by the Australian Broadcasting Corporation (ABC) quoted witnesses as saying that a man walked into the motel holding a pump-action shotgun and fired at several doors, seemingly looking for someone called "Alex."

Police locked down parts of the city, and a 45-year-old man was later arrested, after allegedly opening fire again at other different locations. They confirmed in a statement that the suspect was described as "Caucasian and was wearing a high-vis shirt."

While NT Health said that two people were being treated at the Royal Darwin Hospital, the number of injured people across multiple locations remained unknown.