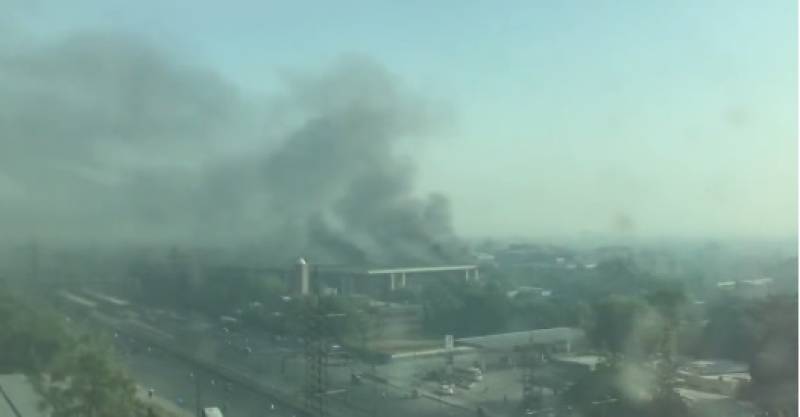 LAHORE -A fire erupted at the third floor of the Punjab's largest hospital for children in the provincial capital in wee hours of Saturday.

Several fire brigade teams are present on the spot as efforts are underway to extinguish the fire that started at 5am at the Children Hospital Lahore, reports said.

There is a storeroom on the third room where medicines worth millions of rupees are kept. It is feared that the hospital will have to face losses if fire continues to spread.

The cause for the fire is yet to be determined.

Meanwhile, Punjab Chief Minister Hamza Shahbaz Sharif has taken notice of the incident as he has directed authorities to investigate the matter from all aspects.