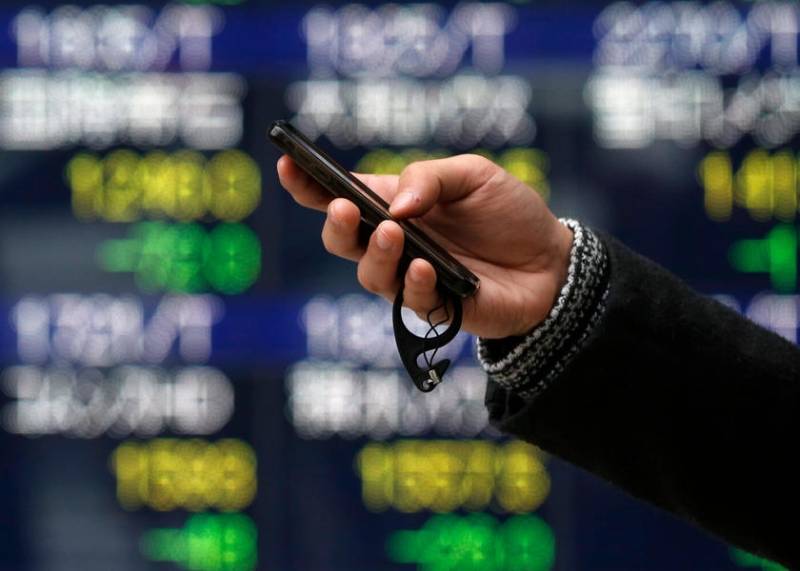 With few trading cues investors are keeping a watch on the start of China's annual parliament meeting Thursday as well as European Central Bank details on its new bond-purchase scheme.

Dealers took their lead from New York, where the three main indexes -- which have been on a six-year bull run -- ticked downwards after hitting key levels.

Tokyo led Asia's losers as the yen recovered slightly from recent losses against the dollar, with the greenback easing to 119.54 yen Wednesday from 119.74 yen in New York Tuesday afternoon.

In Australia official figures showed the economy grew 0.5 percent on-quarter in the three months to December and 2.5 percent over the whole of 2014 -- below forecasts of 0.7 percent and 2.6 percent respectively.

The news comes a day after the Reserve Bank of Australia held off cutting interest rates for a second-straight month, but analysts say it will likely act again soon as jobless queues become longer and consumers stop spending.

Focus will next turn to the meeting of China's rubber-stamp legislature, the National People's Congress, at which Premier Li Keqiang is expected to deliver an address on the state of the economy.

Later in the day the ECB will hold its next policy meeting and outline details of the asset-purchase programme that it is launching in a bid to kickstart the eurozone economy and fight off deflation.

Oil prices dipped ahead of the release of a key US energy inventory report later in the day. US benchmark West Texas Intermediate fell one cent to $50.51 while Brent crude eased 26 cents to $60.76.