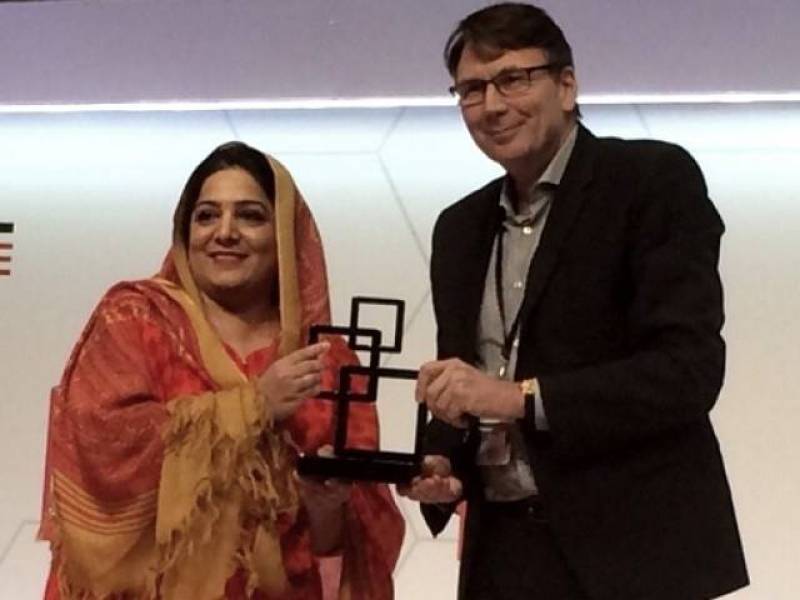 The annual event considered the epitome of telecommunications development and innovation globally brings together leaders from governments, regulators, top industry players and other constituents of the global ICT ecosystem at the annual Mobile world congress.

She added that our policies have once again acclaimed worldwide recognition, and is in fact a continuation of Pakistan’s journey during the course of which GSMA once again acknowledged us.

The spectrum award, which is one of the two annual “Government Mobile Excellence Award” awards, is given as recognition of significant achievement of the government in driving the growth and socio-economic impact of the mobile industry in the country, and demonstration of clear commitment in putting mobile broadband at the top of its digital agendas.

The Minister in her keynote address said that in a short span of 6 to 8 months since launch of 3G/4G service the mobile broadband subscriptions for 3G stand at around 10 Million. The Spectrum auction for next generation mobile services has not only enabled the people of Pakistan to gain access to mobile broadband services and be at par with rest of the world in terms of mobile broadband technology, but has also successfully encouraged investment in mobile networks in Pakistan.