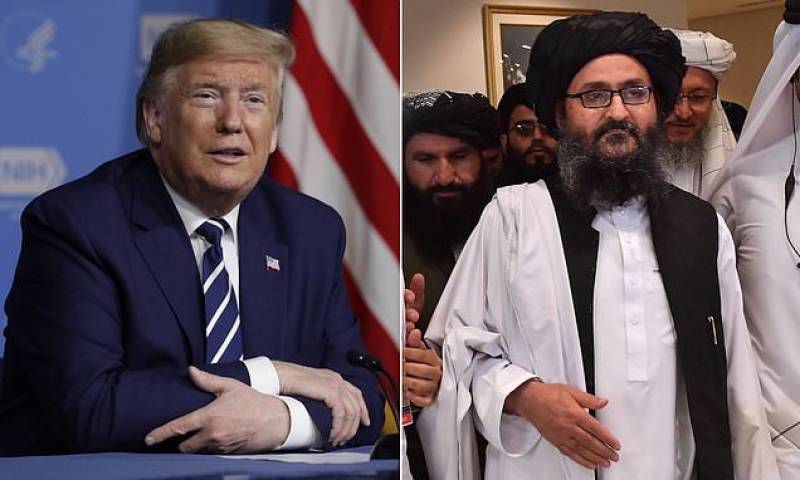 WASHINGTON – President Donald Trump spoke by telephone with chief Taliban negotiator Mullah Baradar Akhund on Tuesday, the first known conversation between an American president and a top Taliban official, as a dispute over a prisoner release threatened a US-led effort to bring peace to Afghanistan.

The call, announced on Twitter by a Taliban spokesman and then confirmed by Trump, came three days after Baradar and US Special Envoy Zalmay Khalilzad signed an agreement in Qatar for a withdrawal of US forces from Afghanistan.

In a tweet, Taliban spokesman Zabihullah Mujahid said President Trump has assured chief Taliban negotiator Mullah Baradar Akhund that US Secretary of State Mike Pompeo will talk to Afghan President Ashraf Ghani so that the barriers against the inter-Afghan talks get removed.

In a statement on the 35-minute Trump-Baradar conversation, Taliban spokesman Zabihullah Mujahid suggested Baradar gave no ground on the issue.

“Baradar said to Trump, ‘It is the inherent right of the Afghans that all the points of this agreement are implemented as soon as possible so that peace may come to Afghanistan,’” Mujahid said.

Meanwhile, talking to newsmen US President Donald Trump said he has a good conversation with Taliban leader Mullah Baradar to get this dispute ended.

Speaking with reporters, Trump gave few details of the discussion but said he had a good relationship with Baradar.