California to give 40% of vaccine doses to vulnerable areas 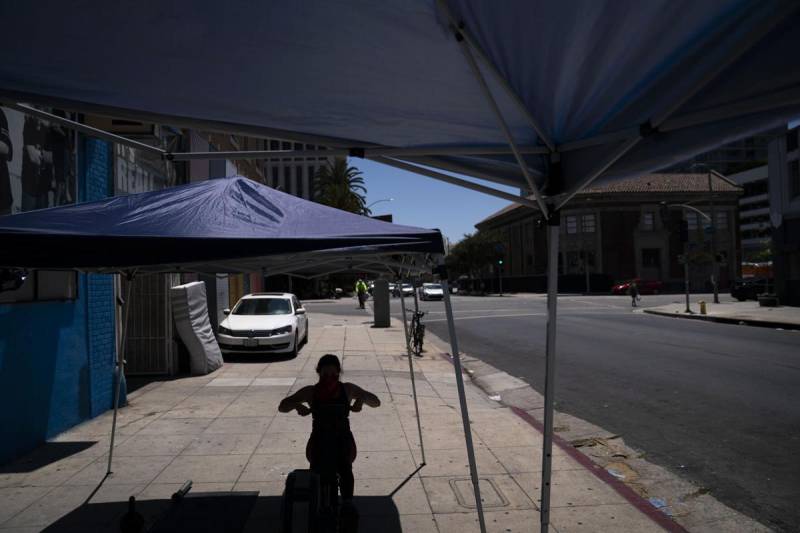 SACRAMENTO, Calif. — California will begin setting aside 40% of all vaccine doses for the state’s most vulnerable neighbourhoods in an effort to inoculate people most at risk from the coronavirus and get the state’s economy open more quickly.

The doses will be spread out among 400 ZIP codes with about 8 million people eligible for shots. Many of the neighbourhoods are concentrated in Los Angeles County and the Central Valley. The areas are considered most vulnerable based on metrics such as household income, education level, housing status and access to transportation.

Once 2 million vaccine doses are given out in those neighbourhoods, the state will make it easier for counties to move through reopening tiers that dictate business and school reopenings.

Right now, a county can move from the most restrictive purple tier to the lower red tier based on several metrics, including having 7 or fewer new COVID cases per 100,000 people per day over a period of several weeks. That metric will change to 10 new cases or fewer. In the red tier, businesses such as restaurants and gyms can open for indoor services at limited capacity.

Also in the red tier, schools that want to access new state funding must provide in-person learning for students in transitional kindergarten through grade 6 and at least one grade each in middle and high school.

About 1.6 million vaccine doses already have been given to people in those 400 ZIP codes, and the state will hit the 2 million mark in the next week or two, officials said.

Once the state gives out 4 million doses in those neighbourhoods, it will revise the metrics for getting into the even less restrictive orange and yellow tiers.

Newsom has called equity the state's “North Star." Yet community health clinics focused on serving low-income and vulnerable Californians say they haven't been getting enough doses.

The changes mark a fresh round of twists in California’s vaccination and reopening plans. People age 65 and over, farmworkers, educators and emergency service workers are also eligible for shots.

More counties have already been moving into the red tier as caseloads, hospitalizations and deaths drop. The state’s average 2.2% test positivity rate over 7 days is a record low.

Officials are making it easier to move through reopening tiers, arguing the likelihood of widespread transmission that can overwhelm hospitals will decrease as more people are vaccinated. That’s particularly true as the most vulnerable populations that are more likely to get seriously ill receive the shots.

While race and ethnicity are not explicit factors in designating vaccinations, the 400 vulnerable ZIP codes overlap heavily with neighbourhoods with higher populations of Blacks, Latinos and Asian and Pacific Islanders, officials said.

Los Angeles County could move into the next phase of reopening with fewer restrictions as early as next week, though any actual lifting of coronavirus-related constraints would not happen immediately, county officials said earlier Wednesday.

Most San Francisco Bay Area counties have advanced to the next phase, which allows restaurants and movie theatres to open indoors at 25% capacity and gyms to operate at 10% capacity.