Two authors reveal the role their past profession has played in informing the stories they spin for their readers, at the Sharjah International Book Fair 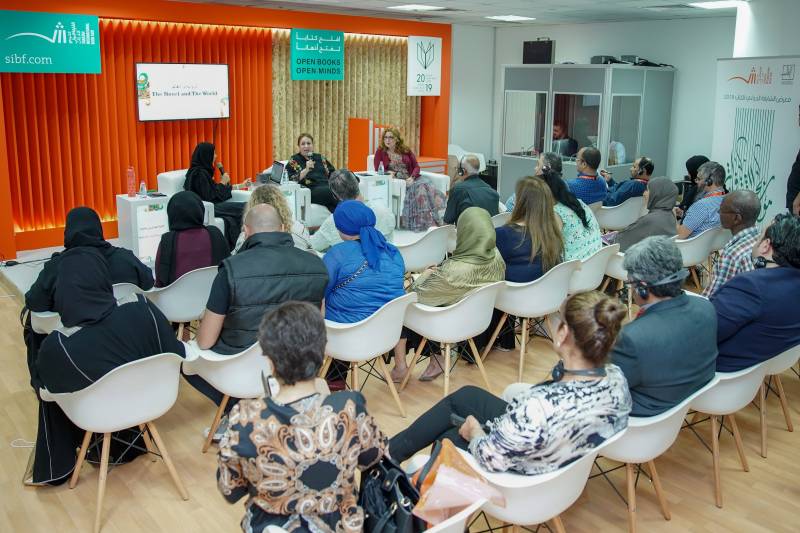 Iraqi journalist and author Inaam Kachachi, and Russian-born author Paullina Simons shared their experiences with the audience during the session.

Kachachi lives and works in Paris and is the local correspondent for a few Arabic-language newspapers.

Her profession provided the context for her historical fiction, she said. “I write to counter the official narratives, to affect the future and also to have fun.”

For Kachachi, it is even more important to confront the misconceptions about Iraqi migrants. She said to her audience, during a panel discussion held at the Sharjah International Book Fair (SIBF 2019), they are often depicted as a people without a deep cultural history or artistic longings. For that purpose alone, she wanted her novels to be translated so that they could correct these misconceptions and be accepted as new stories about the Iraqi experience.

Kachachi said she writes almost exclusively about Iraqis and Arabs because she is still trying to come to terms with what is happening in her home country. “I want to understand what happened and hope that my books will provide a glimmer of understanding, as much for me as for the readers,” she said.

For Paullina Simons, the predilection for historical fiction goes back to her childhood. The Russian-born author moved to America with her family aged 10 in the early 1970s, a life-changing event for a little girl who desperately wanted to be accepted. “Writing a novel is a very humbling experience,” she said. “I was earlier a financial journalist, so writing was not new to me.

But when I started writing my first novel, Tully, I realised that I knew next to nothing of the subject. I had to go back and research it all over again. It is the same when it comes to places I have lived in, like Russia and England. When I look to setting them in my novel, I realise hardly know anything about them. And this is where my journalistic background helps me.”

Simons has woven her dozen-odd novels around the human emotions of love, loss and heartbreak. She often describes the immigrant journey in her novels, which combined have sold around 2 million copies so far.

Research is equally important for both authors. Kachachi, whose most recent novel The Outcast was shortlisted for the International Prize for Arabic Fiction, said she relied in part on letters and other documents that she had obtained from her characters—or rather, the real people on whom her characters were based. And, of course, the internet.

Kachachi writes to reorient historical fiction around people who don’t usually make the history books. “The official history has always been falsified and rewritten with each new ruler,” Kachachi said. “So, I think we have a duty to write about real people living this life, rather than official history.”

For Kachachi, it was important to de-emphasise narratives of war, which have dominated so much of the discussions on Iraq. After working for many years as a journalist, Kachachi started writing fiction in her 50s, when she decided that she wanted to show the next generation that Iraq was a country rich in art, music and literature. “I wanted to tell the stories of the rich Iraqi culture, and its people.”

SIBF is one of the three most significant book fairs in the world. The 11-day literary and cultural extravaganza organised by Sharjah Book Authority (SBA) is being held at Sharjah Expo Centre, from October 30 to November 9, under the theme ‘Open Books… Open Minds’.