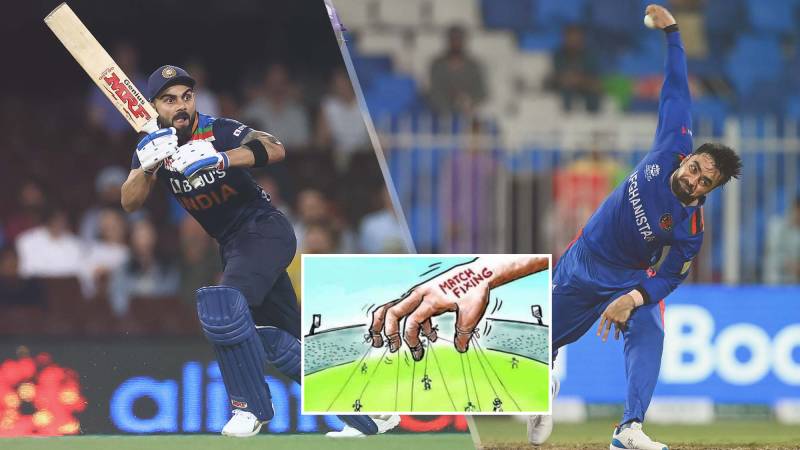 DUBAI – Poor performance of Afghan squad against Men in Blue stirred up a recent controversy of match-fixing as cricket fans took to Twitter where they craft memes out of popular movies and shows to explain the situation.

Kohli-led squad on Wednesday crushed Afghanistan in Abu Dhabi and kept alive their hopes of reaching the semi-finals of the mega event.

Netizens got skeptical about the Afghanistan performance as they performed their best in the previous games while the Indian side racked up the tournament’s highest total and restricted their opponents to 144-7.

Cricket fans and trolls took India's start in a different and controversial manner, by making the trend on microblogging platforms about the ongoing contest being ‘fixed’.

A number of social media users seem to think Afghanistan's cricketers threw the crucial game in exchange for hefty cash and lucrative IPL contracts.  Others claimed that the game was fixed and Afghan Tigers was ‘sold’ to the bookies.

Users of the cricket-loving nation pointed out numerous moments from the fixture including poor batting and bowling other than the dropped catches.

#WellPaidIndia #NamakHaram icc should be ban India team and Afghanistan team they are destroying cricket such a shame act https://t.co/xeNgGhVM4U

Meanwhile, Pakistan cricket legends Wasim Akram and Waqar Younis opposed the recent trends saying people should not pay attention to these ‘match-fixing theories’. The Indian side is strong and just had two bad days at the beginning of the T20 World Cup.

India will now take on the Scotland side tomorrow (Friday) at the Dubai International Cricket Stadium.